The photo below created great discussion on the ARW Facebook page when I posted it more than 12 months ago. Comments ranged from the cars and buildings to the lone council worker, casually balancing on the kerbing and watering the plants in the centre of King William Street, where a few years earlier, the tram tracks would have been (and are again). 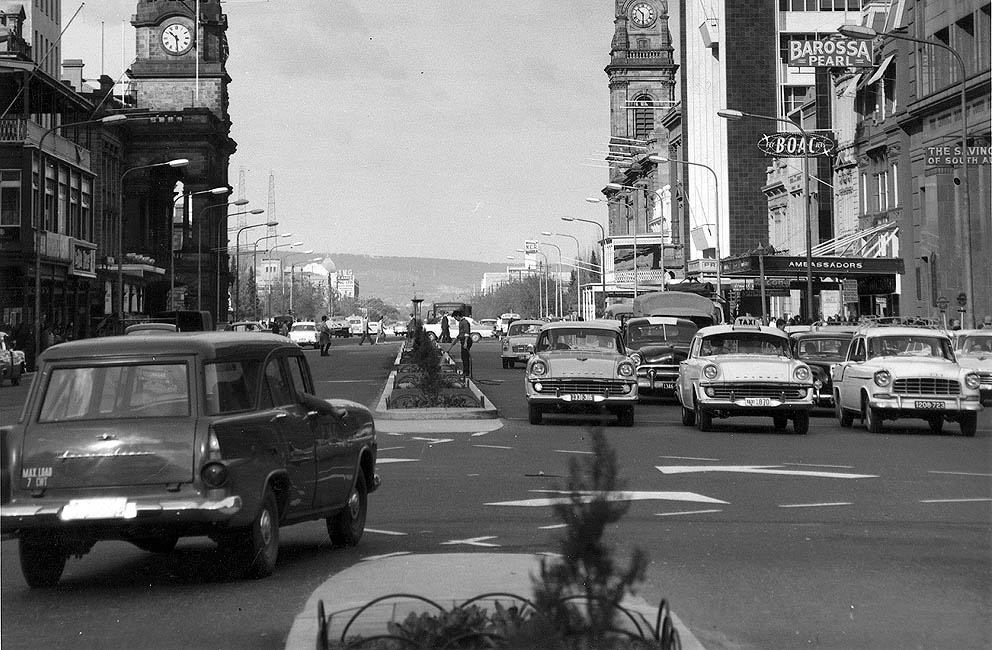 King William Street in the early 1960s. Posters loved the cars and buildings and the lone council worker.

“If you look to the left of this photo you will see the Majestic Hotel and Theatre, home of Paramount Films, and Manager Chick Arnold”

“Gees what a great picture…Get a load of those old Holdens.”

“For a time in the 70s I seem to recall the Polites group signs were Princes instead, but we denizens of Waymouth Street knew whose buildings they were. Con used to drive along Waymouth in his Rolls to his office across the road from the ‘Tiser editorial building (not The Advertiser building which was too flash for us hacks). He used to go to the Gladiator snack bar for morning coffee.” 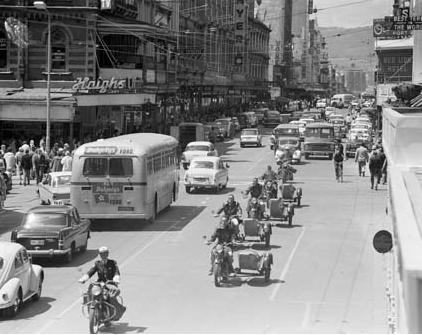 Photo from unknown source. Long before the street was turned into a pedestrian mall.

This photo of Rundle Street was also from the 1960s, long before the street was turned into a pedestrian mall. Posters were amazed at how busy it was;

“Wow, I can’t believe how busy it is!! What happened to Adelaide?”

“I worked for John Martin’s in the early 70’s and in my lunch hour I would want to dash and do some shopping…the footpath was absolutely chockers with people and in a hurry I would spy a space and nudge my way in … only to find the space was a lady pushing a pram… so busy!!! Thank goodness for the Mall”

And of course the motorcycles with sidecars attracted many comments including this one; “What you see here are police officers training to qualify in the use of, probably Triumph motor cycles with Dusting sidecars, the principle means of conveyance for suburban and country stations. It’s no wonder fines have risen sooo much when such economic transport was the thing for them back then.”

Just finally a photo from 1964 of Hindley Street, as it was back then with the Metro and Wests picture theatres, Miller Andersons and in the distance, the distinctive Cox Foys sign in Rundle Street. 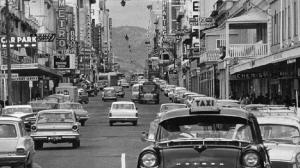 Photo 1964 of Hindley Street, with the Metro and Wests picture theatres, Miller Andersons and in the distance, the distinctive Cox Foys sign

“God, what a wander down memory lane. Does anyone remember playing on the roof of Cox Foys?”

“There was a roller skating rink in Downtown, in Hindley Street. Spent many weekends there in the dodgem cars and playing the machines”

Others recalled an ice skating rink upstairs in Hindley Sreet that played the William Tell Overture during speed skating competitions while still others recalled how going to the pictures at the Metro was a big night out.

But perhaps the best comment of all, which could apply to all three photos; “Such great times. Born and bred here and still the best city in the world!”

Saturday Arvo at the Pictures
You Must Remember This…..

One Response to When a Photo Is Worth a Thousand Words.