An important tradition of growing up in Adelaide from the 50s was the Saturday afternoon pictures at the local picture theatre, town hall or flea pit.

There were always two full length pictures, an episode of the serial, a cartoon and a Pete Smith Special to watch while eating your Jaffas, Fantales or a Dandy (ice cream) from one of the tray boys who would patrol the aisles before the first picture started and again at interval. 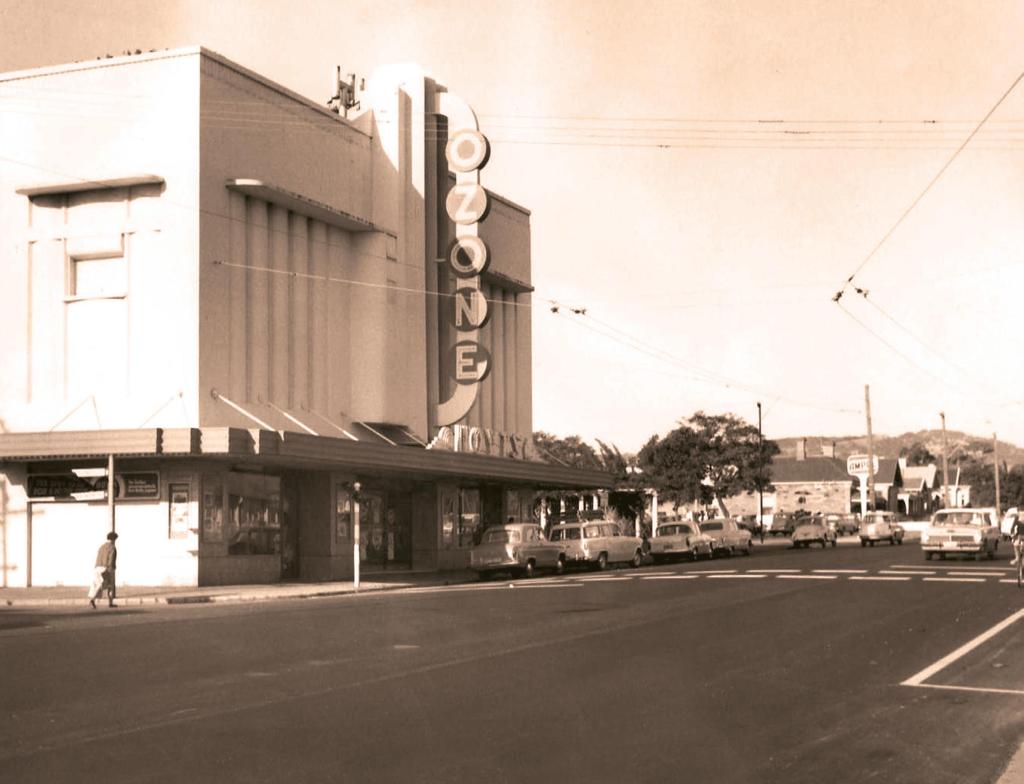 There were picture theatres in every suburb. This is the Ozone on Kensington Road at Marryatville, later known as the Chelsea and now the Regal

The theatre would be packed, with constant noise from chattering excited kids, regular bursts of cat calls and the sound of Jaffas rolling down the aisle. It was mayhem with the ushers and usherettes continually shining torches on noisy groups in an attempt to restore some form of order.

The episode of the serial was always shown first. The hero would escape from last week’s dastardly plot just in the nick of time, and end with him about to be lowered into a vat of boiling oil or tied to the train lines with a speeding locomotive bearing down and no possible hope of escape. You just had to be there for next week’s episode to see how he survived. 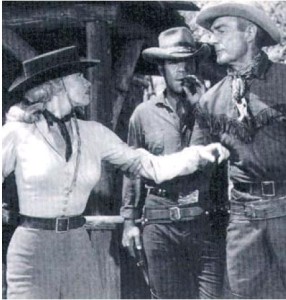 Randolph Scott would have just dispensed with all the baddies, shooting them with his trusty six-gun and would then get a kiss from the heroine.

Whenever there was any kissing on the screen the whole place would erupt into loud jeers and boos. Randolph Scott would have just dispensed with all the baddies, shooting them with his trusty six-gun and would then get a kiss from the heroine, which would ruin everything and briefly create chaos with the audience. If there was a projector problem or the film broke, again momentary bedlam until calm was restored with the film restarting.

After interval came the cartoon, a Heckle and Jeckle or Tom and Jerry, and would be followed by the main feature, which was generally a similar sort of flick to the first one.

It didn’t really matter what was showing: everybody was there for the day out and to have some good, clean, innocent fun!

One shilling would pay for the ticket with sixpence to buy an ice cream or some lollies and that was enough for a grand day’s entertainment.

I picked up a copy of The Advertiser from December 31, 1954, and checked out some of the local “bug houses”.

There were picture theatres in many suburbs, some of them part of a chain. You may recall the Ozone in Jetty Rd, Glenelg (just recently bulldozed), and there were also Hoyts Ozones in Enfield, Semaphore, Unley, Alberton, Colonel Light Gardens, Goodwood, Henley Beach, Marryatville (now Regal), Port Adelaide, Prospect and Unley.

There were Odeon Stars at North Adelaide (now Piccadilly), Goodwood, Hindmarsh, Port Adelaide, Norwood, Unley, Semaphore, Thebarton, Parkside, St Peters, Glenelg and Kilkenny. There was the Roxy, Vogue and the Cinema Curzon (Capri). We had the Windsor pictures at Brighton, St Morris, Lockleys and Hilton.

There were picture theatres at Dulwich and Findon and in the city, of course, The Regent, York, Majestic, Royal, Rex, Civic, Wests, Metro and the newsreel theatre The Savoy (later The Globe).

Movies today are now just part and parcel of the digital age and can be purchased online for just a few dollars – nothing really out of the ordinary, just a part of everyday life.

But back when we went to the flicks on a Saturday afternoon, pictures were something  really special and will remain so in our memories.

Sweet Memories, Jaffas (in a box) and Polly Waffles
When a Photo Is Worth a Thousand Words.

4 Responses to Saturday Arvo at the Pictures