ONE of the grand traditions of Adelaide and South Australia every Easter is the Oakbank Easter Racing Carnival. 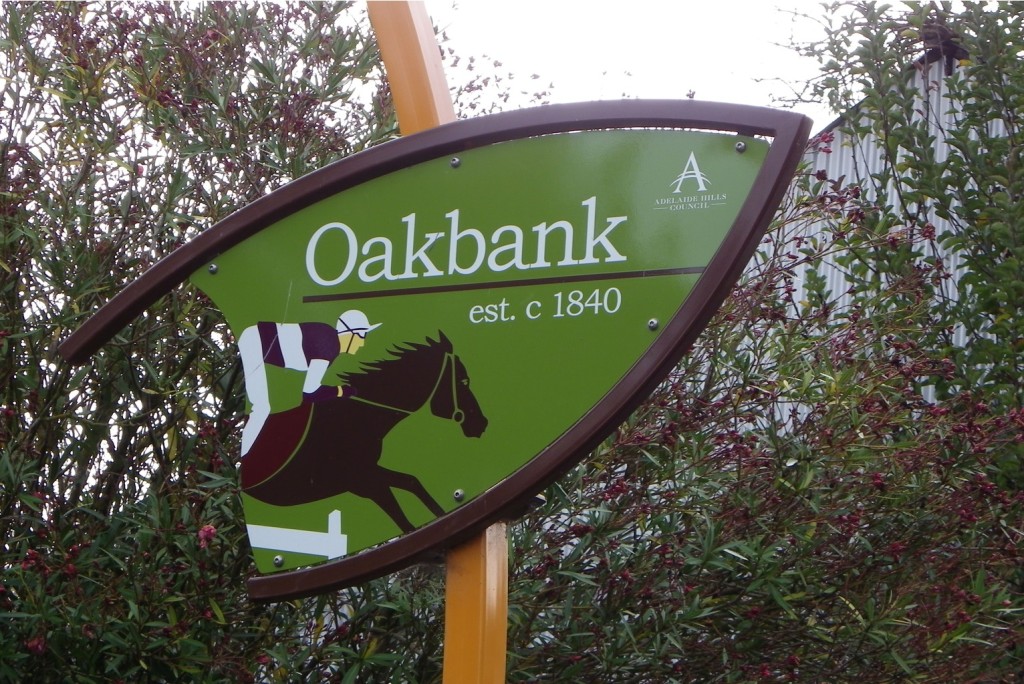 It is recognised as the biggest annual picnic race meeting in the world, and although ostensibly a race meeting, Oakbank is more. It’s an event in itself, with a festival atmosphere, carnival rides, picnics and lots of other activities.

A very large part of the custom has in fact very little to do with the racing. Many families camp for the whole weekend in the paddocks adjacent to the track, and some have done so all their lives.The centre of the racetrack is filled on both days with groups and families who spread out the rug and enjoy a picnic, many never seeing a single race.

Day one of the carnival is held on Easter Saturday and is one of the highest attended race days in Australia. The Von Doussa Steeplechase takes place on day one and is a preliminary to the Great Eastern Steeplechase, held on Easter Monday. There’s a “classic” hurdle race on Monday and the feature flat race, the Onkaparinga Cup.

In 1983, Stewart Bessant recorded much of the history of Oakbank in his book Over the Fallen Log.

He writes that the foundations for the club and its annual event were laid just three years after Captain John Hindmarsh’s Proclamation speech at Glenelg in 1836, when William Johnston, his wife, and eight children arrived from Scotland. The Johnston family built Oakbank as a company town for their brewery workers and named it after Oak Bank, near Glasgow. Mr Bessant says there are conflicting stories as to how racing at Oakbank started, but there is a reference in The Register in April 1874 to races having been held on the Johnstons’ land for many years.

The article, referring to that year’s races, states: “… long before the hour of racing arrived, the main road from Woodside was lined with horses and vehicles of various dimensions; besides which there were numerous arrivals from Adelaide, Mount Barker and many other places.”

In 1927, the traffic was horsepower of a motorised kind. The Register on April 20 reports: “Patrons who motored to Oakbank on Monday from the city will not readily forget the congestion which prevailed. “The road traffic to Oakbank is increasing each year and when it is realized that nearly 6000 cars were parked on the course and its environs, an idea may be gained of the mammoth task with which the club’s officials were faced to cope with the unceasing stream of motor vehicles.’’

In Over the Fallen Log, it’s explained that the present Onkaparinga Racing Club was formed in 1875, with past steward Mr A von Doussa elected secretary. Mr Bessant writes: “The first fixture, held in 1876, was reported in The Advertiser of April 18th; ‘The annual Onkaparinga race meeting took place with magnificent weather on Monday. There was a good attendance and a capital day’s sport was enjoyed’.’’ 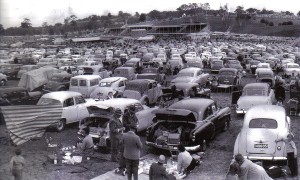 Some people park in the centre of the track, lay out the rug and enjoy a picnic with family and friends

Camping could have started in 1884 when, according to Mr Bessant’s book, “the stands again proved hopelessly inadequate for the growing crowd and hundreds who had paid for seats found it difficult to find even standing room”.

With the passing of almost a century and a half, the Oakbank Carnival over the Easter long weekend remains very much a part of our history, and an ongoing tradition in South Australia. Many Adelaideans will identify with comments from readers to the Adelaide Remember When blog, after a recent post about the picnic and barbecue tradition at Oakbank.

Jennifer Anderson writes that she and her family went every year, starting in 1955: “We always had a ball at the sideshows and my dad always bought me a kewpie doll.”

For Mardi Harper it brings back lovely memories of family barbecues on the old three-legged portable barbecue with its own case, and Ross Stacey recalls that; “Mum and Dad went most years from the ’50s to the ’60s. It was a great way to catch up with the Adelaide ‘rellies’. Whyalla was such an isolated place in those days.”

Amy Washington has vivid recollections of going in the ’70s: “They made the entire road one direction in the morning, vice versa on the way home. It was bumper-tobumper traffic. Kids could walk around by themselves – loved looking at the sideshow stuff.

“And it was very educational, too. Learnt about horses and weights/track, how to read the form guide. Amazingly I was also able to bet – the bookies took my 50c, or could have been 20c! Learnt about the odds. Last time I went was in the 1980s.”

And again this year the tradition continues.

“Although only one race meeting a year is held there, (Oakbank) commands wider attention in this state than any other meeting. “Easter Monday without Oakbank would be a cheerless day to many thousands of South Australians.

“No more spectacular race meeting than the Onkaparinga fixture is held anywhere else in the world.”

When Burgers Were King
Regent Theatre: ‘most glamorous picture palace in Australia’