I WAS invited recently to my grandson’s school to talk to the class about what school was like when I was growing up in the 1950s. I worried about it momentarily, after all, I don’t think I have ever done a presentation for a room full of eight year olds, and I didn’t really know what they expected, but it turned out OK (I think).

What caught the children’s attention most was that we never had computers, the internet, iPads, iPhones or any digital devices and back then, if you were naughty at school, you got the cane.

“Did you have to be really naughty?” asked one, “Did it hurt?” was the next question, “How many times did they hit you?”. The boys seemed to want to pursue the topic more than the girls, “Why did you get into trouble?” and “Where did you get hit?”. They wanted all the gory details. I was reluctant to be too specific about the sort of punishment we Baby Boomers copped as kids. It was the sort of treatment that would now constitute a criminal offence. 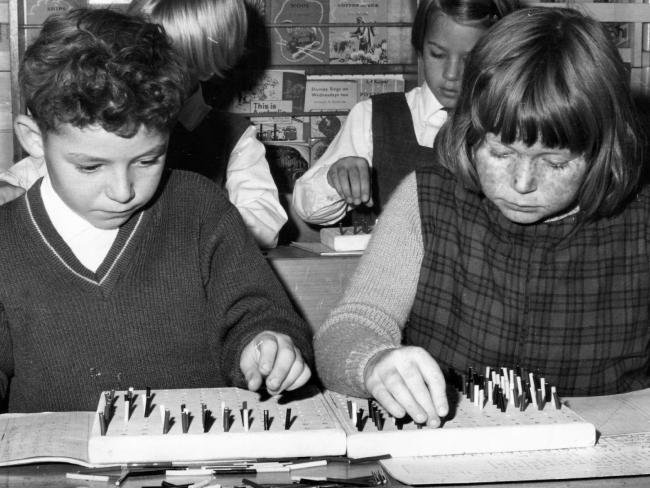 Here’s how we did it before the internet, iPhones and iPads

Back in the day though it was considered an important tool to maintain discipline, and discipline and the fear of the Almighty were the two things the Dominican Sisters belted into us without fear or favour. Education came in a poor third.

But the nuns weren’t the only teachers of the era guilty of dishing out harsh corporal punishment. Private, Catholic and state schools all adhered to a code of disciplinary standards which they maintained with brutal efficiency.

On the Australia Remember When Facebook page recently the subject attracted almost 400 comments from readers including Wanda Bentley who wrote; “Barbaric didn’t begin to describe the nuns. Canes, thick leather straps, 36” blackboard rulers, they came equipped — boys, girls, everyone copped it. Migrant kids were especially targeted and I went through primary school believing I was a dunce. Of course we dare not tell our god-fearing parents who would have sided with the nuns”.

Heather O’Neill agreed, “Totally awful. My husband tells me most nuns and the Christian Brothers were sadistic. But he says he just accepted it as a child. My public schooling was much kinder but not free of the cane.”

Not everyone had the same opinion or shared the same experience. Susan Johnson said “I don’t agree about the nuns. I don’t know about the Brothers but not all nuns were sadistic. I only met one in my entire schooling who I would say was sadistic and she just hated the boys. Most of the nuns were kind and gentle.Ascot Park Infant School students Robert and Terry, both 5, on their first day of school in 1960.

And to be fair, for some, school was a pleasant experience. Kathleen Watkins recorded; “My years at a public school were wonderful! Caring teachers who could teach at infants, primary and then my years at high school were inspiring. Poetry, science, French, music, needlework and Shakespeare! Never forgotten! Thanks to the wonderful teachers.” 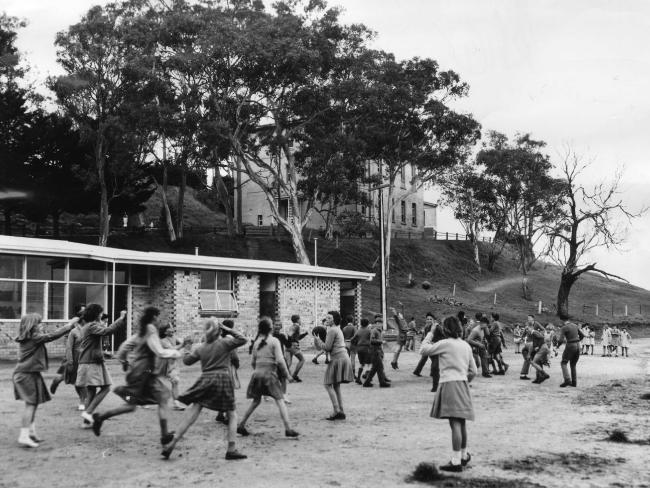 Without a digital device anywhere. Kids playing in the school grounds at lunchtime in the 1960s

The other subject that really fascinated the children was no computers, internet, mobile phones or digital devices.

Come to think of it, I’m intrigued myself about what life was like in those pre-computer, pre-mobile days. Thinking back, I can’t recall that it was all that different, but it must have been a lot slower.

How did we find information before Google? We looked things up in books and encyclopedias or went to the library. If we wanted to travel somewhere and weren’t sure of how to get there, we used a street directory. To call someone, we memorised their phone number, found it in the Teledex or looked it up in the phone book.

It wasn’t until the ’60s and ’70s that people could afford a telephone at home so until then we used public phones in red telephone boxes that were sprinkled throughout the city and suburbs, often smelt like urine and occasionally didn’t work. We always had some small change in case we ever needed to make an emergency call. People read books (a lot still do, thank God) and quite often communicated with each other by speaking out loud instead of emailing and texting.

Some folks just stared into space while travelling on public transport or in a lift instead of desperately scrolling through their emails.

To communicate to a relative or friend in another city, state or overseas we would sit down and write a letter with pen and paper.

This could take maybe an hour or two, then we would place the letter in an envelope, put a stamp on it and drop it in the mailbox. Delivery could take three or four days within Australia or several weeks to an overseas destination.

Before the internet, newspapers and the evening TV news were our primary means of learning about the events of the day.

We read the newspapers in the morning, which was all yesterday’s news and the 6pm bulletin on the telly brought us up to date with what had happened throughout the day, sometimes to within a few hours. It’s remarkable to think how far we have travelled in the past fifty years, how much we have changed and the kind of world our grandchildren and their children will inherit.

As I looked out over that sea of young, inquisitive and innocent faces I couldn’t help but wonder if in maybe fifty or sixty years from now, one of them will be standing in front of a room of young children, trying to explain what the internet was and contemplating how much the world had changed in the past fifty years.