Carols by Candlelight this year at Elder Park promises to be a fantastic event, continuing the tradition that commenced in Adelaide 70 years ago.

The legend behind Carols by Candlelight dates back to the 19th century, when Cornish Miners in Moonta are said to have gathered on Christmas Eve to sing carols, lit with candles stuck to the brims of their safety hats.

The idea then spread to Melbourne and was first popularised in 1938 by Norman Banks, a young radio announcer on 3KZ. Whilst walking home from his night-time radio shift on Christmas Eve in 1937, he passed a window and saw inside an elderly woman sitting up in bed, listening to ”Away in a Manger” being played on the radio and singing along, with her face lit by candlelight.

Young Norman wondered how many others spent Christmas alone and he had the idea to gather a large group of people to all sing Christmas carols together by candlelight. The first ever such event was held the very next year at Christmas time, 1938, and was attended by around 10,000 people. 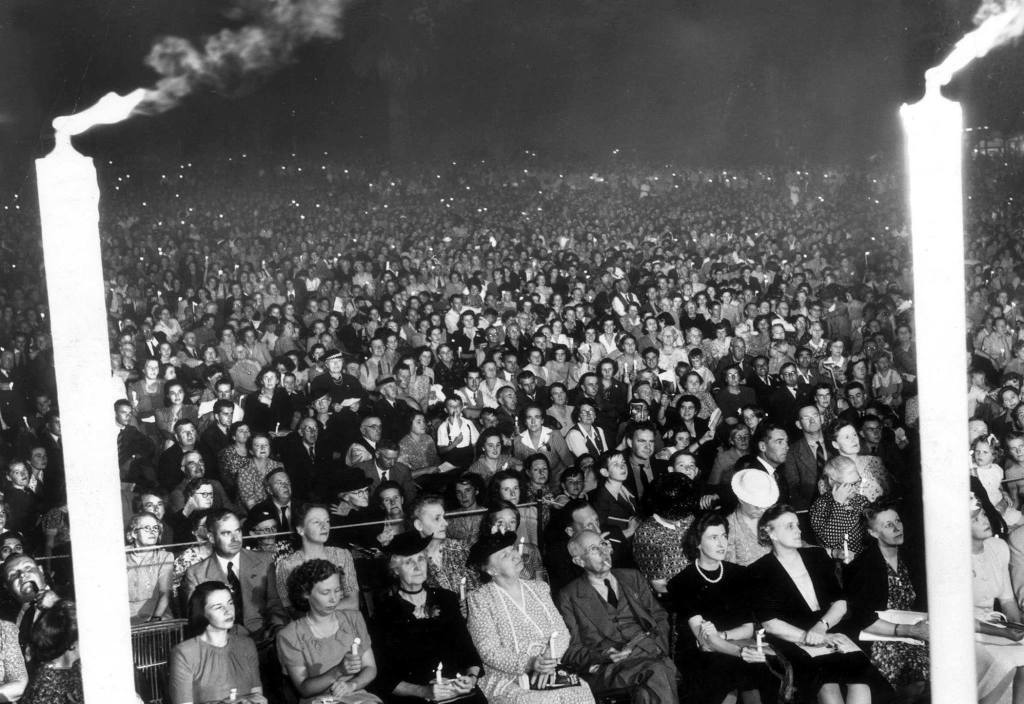 Photo from Carols by Candlelight. The first Carols was held in Elder Park in 1944. 50,000 people turned up for that first event, one person in ten in SA at that time

The first Carols in Adelaide was held at Elder Park on Christmas Eve in 1944. That initial event was organised jointly by The Commercial Travellers’ Association of South Australia and The Advertiser Broadcasting radio station 5AD (now Mix 102FM).

On that Christmas Eve, a candle lit crowd radiated out from the rotunda across the lawns of the Park. The estimated crowd that evening was put at 50,000, or one in 10 people in South Australia at that time. Carol singing was led by the CTA men’s choir from the existing rotunda in the park, with the proceeds distributed to several Adelaide charitable institutions.

For a child growing up in the 50s and 60s in Adelaide, Carols by Candlelight became as much a part of Christmas as the Pageant and the Magic Cave.

Throughout those two decades you’ll remember that the Carols were always presented from the Advertiser Sound Shell, which had been donated to the people of Adelaide by the newspaper for the staging of concerts in the park. The ‘sound shell’ or concert stage, was constructed to the west of the rotunda and nearer to the lake. It was backed by a wall of large trees that shielded the nearby Cheer-Up Hut from the park. 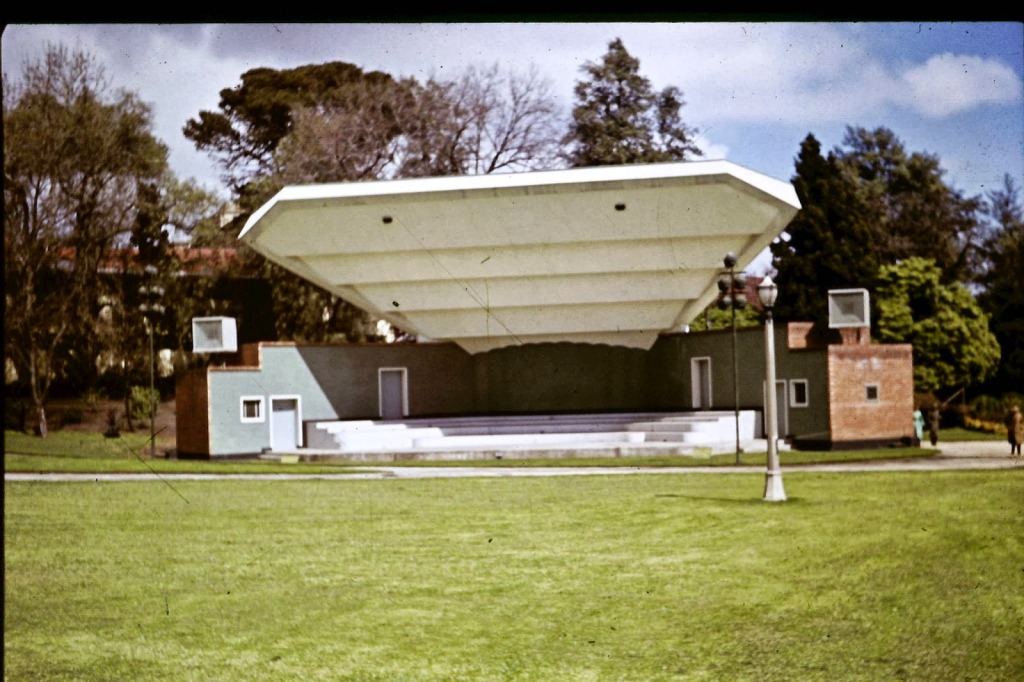 The Advertiser Sound Shell. As a child, going to Carols in the 50s and 60s, it was always held in the Sound Shell

The Advertiser Sound Shell opened on 17 December 1954 to commemorate the visit of Queen Elizabeth II and in time for the Carols that year. The sloping grounds in front of it could seat up to 50 000 people. It stood in Elder Park for almost two decades until it was demolished in 1972 to make way for the construction of the Festival Centre complex. 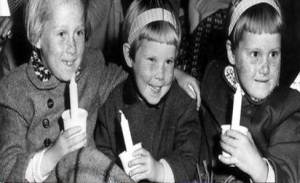 Photo from Channel 7. Each year many families and their children gather, break bread and share the joy of Christmas together

The presentation of the Carols has progressed over the years and high profile artists have been added to the program but the theme of Christmas has been steadfastly maintained. The programme continues to be a much-loved family Christmas attraction at which the elderly join the very young to sing their favourite traditional carols and are delighted by the sight of a sea of flickering candles across the park.

Carols by Candlelight has become not just a traditional Christmas event in our city but is also a significant moment for many families who gather each year, lay out the picnic rug on the lawn, break bread and celebrate another Christmas time together.

For 70 years it has been enjoyed by thousands and is an icon on the state’s Christmas calendar.

3 Responses to The Legend of Carols by Candlelight