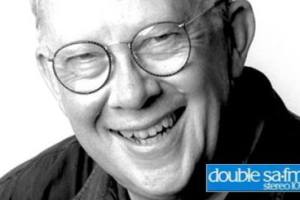 Recently on Adelaide Remember When Facebook page, friend and former radio colleague Andrew Heslop shared some memories of the late John Vincent, radio star and a true legend in the industry. “Who remembers Vinnie’s Magical Misery Tours’?  wrote Andrew. “These were a big part of the SAFM Morning Zoo’s success as John Vincent led a […] 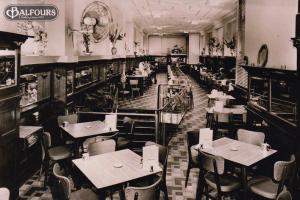 The name Balfours has been associated with Adelaide for more than a century. For many baby boomers the name conjours up a trip to ‘town’ with mum or grandma and a lunch in the tea rooms that remained a fixture in the city until 2004, although it had been sold by Balfours in the late 80s […] 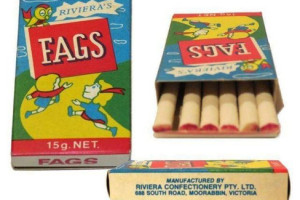 I’m sitting here remembering some of the lollies we used to have as kids back in the 50s to the 70s. There were Fags of course, the cigarette lollies that we used to buy in little packets and walk around pretending to smoke, like dad. I remember Columbines that came in a long blue packet and […]

On March 1st 1954 the Adelaide Advertiser reported that; “An earthquake shook Adelaide and a large area of South Australia for 20 seconds from 3.40am this morning, causing minor damage to buildings and shocking the population. Thousands of men, women and children were momentarily terrified by the noise of trembling homes. Celebrated South Australian geologist […] 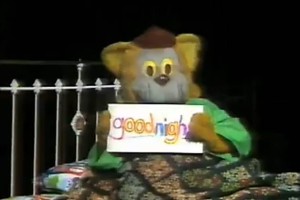 Today we launch the Adelaide Remember When Blog The blog will be a permanent ‘home’ for some of the most popular posts appearing on the Facebook website over the past 18 months but no longer visible on the FB page Just click the image below to visit our new blog now!   ARW will continue on Facebook […]

JUST the mention of Apollo Stadium to almost anyone who lived in Adelaide in the 1970s will have them reeling off the international musical superstars they saw perform there over the decade. Some of the biggest names on the planet strutted their stuff to sellout audiences on the makeshift stage in a building originally designed […]

The Milk Carton Regatta was Adelaide’s answer to Darwin’s Beer Can Regatta and was first staged at the Patawalonga in 1980. Along with the Birdman Rally it was staged, sponsored and broadcast live by Channel 10. Thousands of people would turn up each year at the Pat for a fun day out and watch in […]

Continue Reading 1
By Bob Byrne on September 4, 2014 in People and Personalities

South Australia’s most colorful pollie ever has to be Don Dunstan. Colorful, yes, (in more ways than one), controversial, clever, and even entertaining, he was twice Premier of South Australia between June 1967 and April 1968, and again between June 1970 and February 1979. Whether it was turning up in Parliament in pink shorts, sacking police commissioners, […] 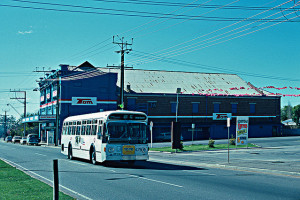 Remember ‘Tom the Cheap’, a supermarket chain that first appeared in Adelaide about the 60s & 70s. According to Wikipedia it was started by Tom Wardle from WA and was probably the introduction of aisle type shopping in Australia. Previous to that groceries were served from behind a counter. Tom’s offered a no-frills service with just […] 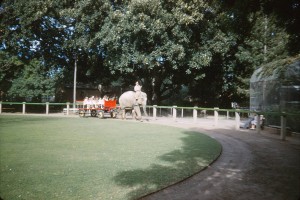 Remember when a day out at the Adelaide Zoo included a ride in the Elephant cart pulled by Samorn the elephant? Earlier this year there were a number of very strongly worded letters to the Advertiser from people outraged by the suggestion that we needed another elephant at the zoo, so our kids and grandkids […]