By Bob Byrne on January 24, 2015 in Childhood Memories, Events

Do you remember childhood holidays with the family in the 50s and 60s?

They generally included long road trips by car, sometimes with a caravan in tow, and the only entertainment was provided by mum, usually sitting in the front seat next to dad, as he drove the car on to the destination. 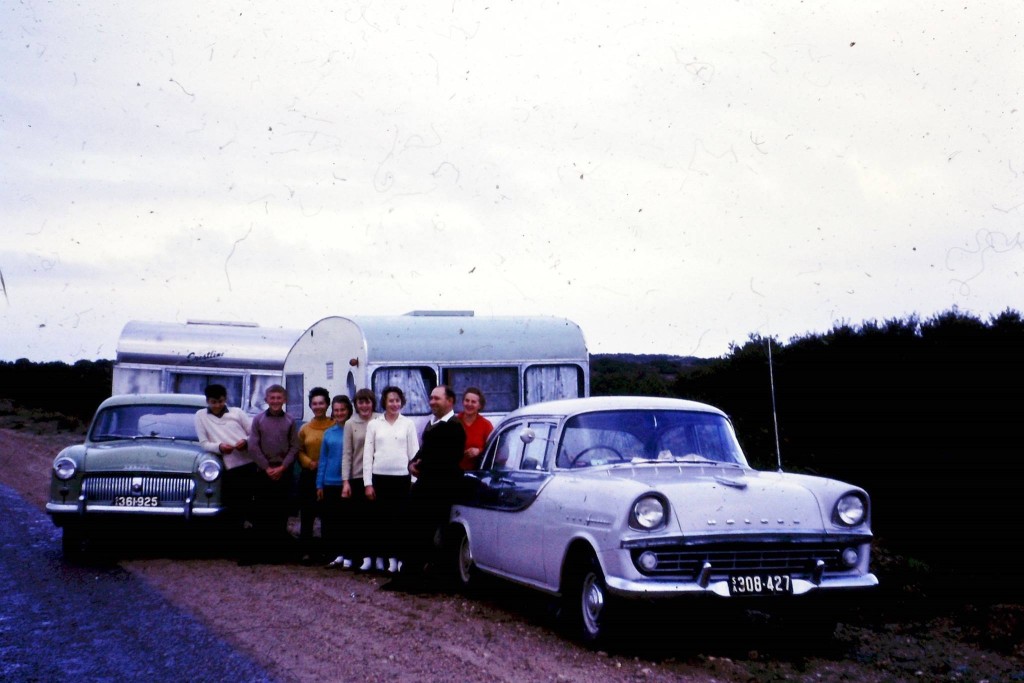 Kenny Peplow sent in this photo from “about 50 years ago, this is how we went on the family holiday”

My own recollections of childhood school holidays includes mile after mile on the gravel roads of Pitchi Ritchi Pass as it wound its way through the beautiful Finders Ranges through Quorn, Hawker and on to Wilpena Pound, big old cast iron beds with steel springs and flocking mattresses, the smell of lavender from the heavy old wardrobes and chests of drawers.

There was always an old maiden aunt who smelled of powder and made a pot of tea, served in china cups with home-made biscuits and buttered jubilee cake. 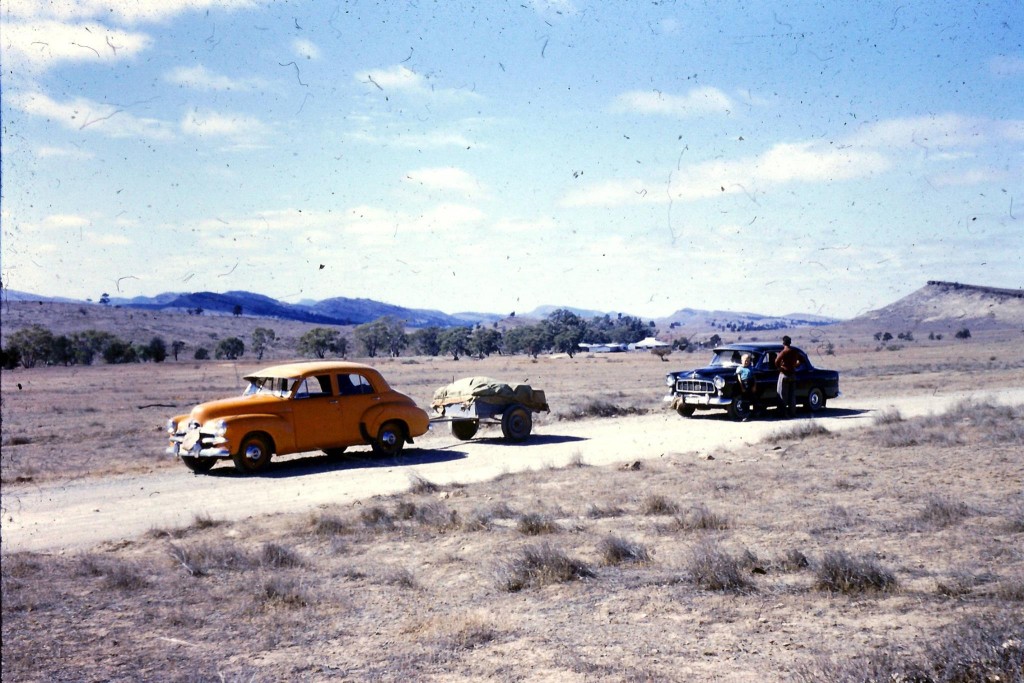 Another photo from Kenny’s album; “Dad’s FJ taxi (with water bag on the front) returns from a trip in the Flinders Ranges. As a kid where did your family take it’s holidays?”

Adelaide Remember When Facebook poster Carolyn Swannson also remembers travelling to the Flinders Ranges as a child on holidays; “It was in our lime green Holden Kingswood with us 3 kids in the back seat playing ‘I Spy’ on the way. We camped in a Gorge (which you can’t do now) in our caravan & heated up the water for showers on the fire. Such simple, no fuss, non- expensive holidays back then and a heap of fun”! 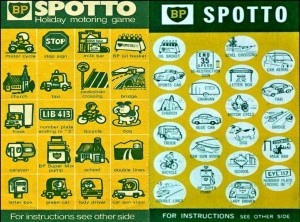 BP Spotto, played this for hours during long car trips with the rest of the family

Many readers might even recall the TV commercials with ‘Stanley’ who offered “golden service at Golden Fleece”.

After a whole day in the car and even though they represented added expense, the roadhouses were eagerly looked forward to, not just by the children but the travel weary parents as well.

So much has changed now with the family touring holiday. Cars are bigger, more comfortable and fitted with all the latest safety equipment, seat belts for all, air conditioning and some even have individual DVD screens for the children in the back seats. There are also iPads and iPhones, tablets or hand held mini-computers on which to watch movies, play games and listen to music.

There is so much for the kids to do while travelling in the back seat now.

And yet, I saw a new television commercial recently, new car, modern day family and there was still the chorus from the kids in the back ….”Are we there yet?….Are we there yet?

Simple Fun and Games.
The ‘South’ – Gone but not Forgotten

3 Responses to Are We There Yet?

Leave a Reply to Jan Click here to cancel reply.