Vinyl records, radiograms, transistors and cassette recorders … what fun we had before computers!

Vinyl record sales in Australia have increased by almost 100 per cent this year. It seems a younger generation has rediscovered the world of “fantastic black plastic” in the digital age. 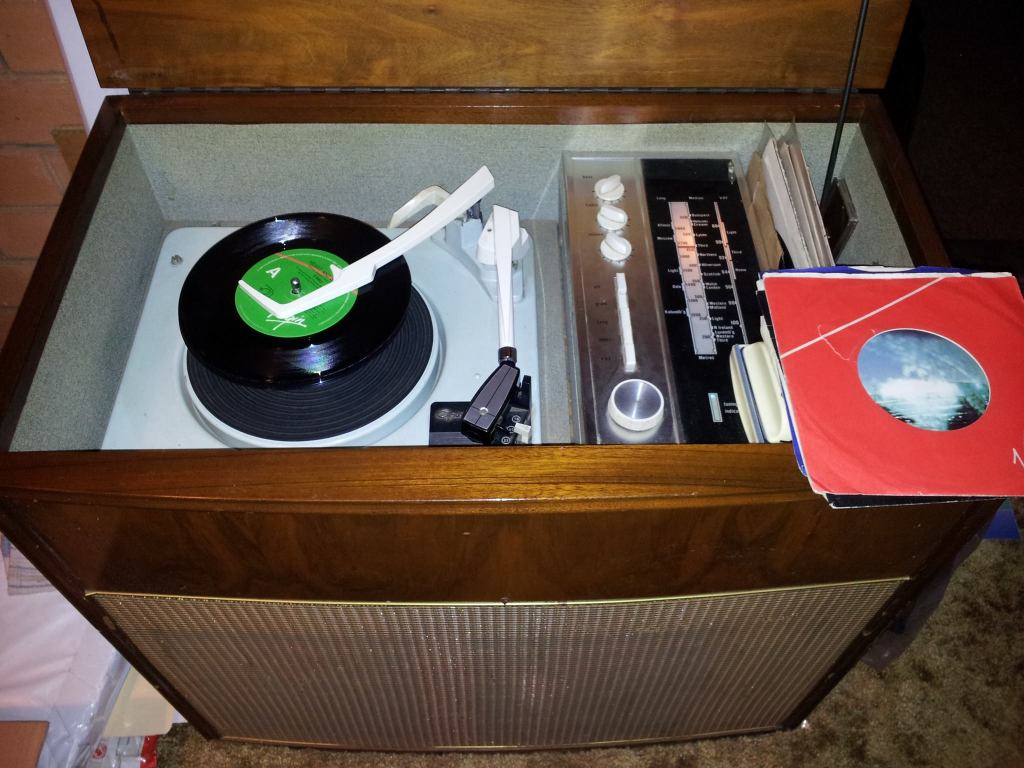 I asked one of  my (much) younger colleagues why he was into playing vinyl records. “It offers a richer sound than downloadable digital songs,” he explained.

“And they’re beautifully packaged – it’s something you can hold in your hands and admire.”

Records are entirely different creatures from digital downloads. They take up a lot of space, play on bulky equipment, scratch fairly easily and hiss.

I sat down with my young friend and reminisced with him about an era when it was a possible two-week wait for a new record to arrive at your local music shop, then it was only playable on a piece of furniture called a radiogram.

How easy do kids have it these days, with all the very latest songs available for immediate download within hours of being released or words to any song ever recorded now available instantly on Google.

Gone are the days when you would hear a song on the radio, head off to the local record shop to buy it, only to discover it was a brand new recording and not available in Australia yet, order it, wait weeks for it to arrive and when it finally landed, take it home and play it over and over and over again on the radiogram or record player. 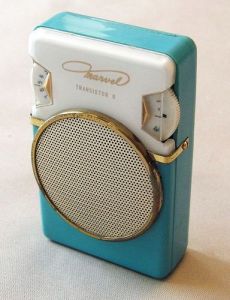 Photo from Google Images.With the introduction of the transistor, suddenly music was portable.

Before the arrival of the transistor in the mid-to-late 1950s, a radio was called a wireless and would sit on the kitchen cabinet or sideboard and was operated with electricity.

With the introduction of the transistor, suddenly music became portable. With just a couple of AA batteries, you could take all the songs from the latest hit parade with you wherever you went.

Very few cars at that time had a car radio fitted. Unlike today, where new cars have a radio as standard, the best you could do back then was to buy and retrofit a “Ferris” car radio, so most of us just made do with the trannie sitting on the dashboard.

Radiograms too were originally big pieces of furniture. They were generally made up of a turntable, a radio and a storage area for all the vinyl discs. Radiograms were most popular in the post war era of the mid 1950s and suddenly mushroomed in sales when singles and the ‘long playing’ record replaced 78s. One of the big features was the ‘auto-changer’. Such technology!

Cassette decks originally started out as a professional machine for dictation and for use by journalists, but by 1970 with improvements in technology it became possible to reproduce a high quality sound with what had previously been used for speech only. Cassette decks began to replace tape recorders and in 1979 when the Sony Corporation introduced the ‘Walkman’, recorded music became truly portable for the first time. 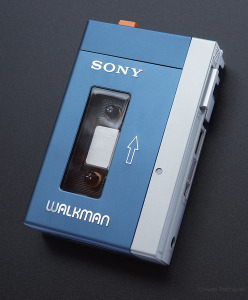 So from the mid-fifties to the early eighties we witnessed a technical revolution in how we played and listened to our music. From 78s we progressed to singles (45s) and LPs (33s). From the wireless we moved on to transistor radios, from radiograms to portable record players and from the bulky old tape recorders to the cassette deck and the Walkman.

In less than 30 years the technology through which we listened to our music had changed dramatically and I would have thought, irreversibly. And yet today some young music devotees are choosing the old vinyl records over the latest technology of digital downloads.

2 Responses to From the Radiogram to the Walkman.