Whatever happened to the personal customer service that was provided by the local shops and businesses in the 1950s and the 1960s? 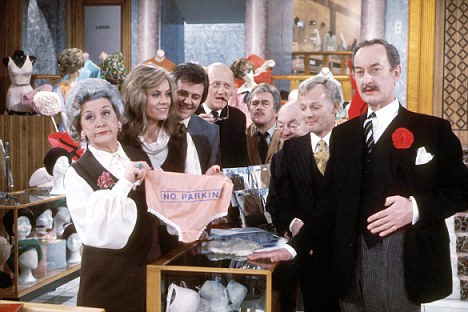 Are You Being Served? The TV show that remembered the era when customer service was part of every business

Most of it came to an end, of course, with the spread of the big supermarkets and shopping centres around Australia from the mid-1960s.

Self-service with products stacked on shelves, shopping trolleys and check-out chicks, meant the end of an era when the customer was served on a one-to-one personal level.

The arrival of the big suburban shopping centres also brought to an end the weekly shopping trip to “town’’ by mum once a week to replenish the kitchen cupboard.

Shopkeepers of the time not only knew their customers by name and looked after them personally, but would also deliver the order to the front door.

I remember my mother dressing in her “Sunday best’’, complete with hat and gloves, to go into town for her weekly shop with a carefully selected list of grocery items, which the grocer would then deliver in large cardboard boxes later in the day.

In the shops there were shop assistants who stood behind counters and served people individually, wrapping purchases in brown paper and tying it up with string. They would then take the money and ring up the cash register, calculating the change in their head.

Almost every item purchased then was repairable, from electrical to mechanical, and small repair shops were dotted throughout the suburbs offering to fix anything from a broken transistor radio, TV set, kitchen gadgets, toys or bicycles.

In today’s throwaway world, it’s fascinating to recall how if the radio or TV set broke down or if the washing machine needed a new part, it was fixed by a repairman who probably ran a small business and supported his family by fixing things that now would be thrown out in the local hard rubbish collection.

It used to be that the lifeblood of any business was its ability to create and nurture a personal relationship with each and every one of its customers, creating an atmosphere where the customer felt they were valued and appreciated, and they in turn rewarded the business with their loyalty and custom.

Now it appears businesses, especially big corporate companies, have completely lost sight of service in the scramble for profits.

It seems that we’ve adopted the American corporate model, which is to sack staff and screw the customer, make as much money as possible for the shareholders, pay the CEOs millions of dollars and never mind the consequences.

To be fair, there are still some smaller businesses and a few large companies that offer good service, but they are few and far between, and to be honest we, the customers, have brought a lot of this on ourselves. In an effort to keep our own cost of living down we chase the cheaper products and brands which, of course, generally come from a business with lower overheads, fewer staff and very little or no service. It’s a vicious circle: we still want that wonderful customer service we had back in the ’50s and ’60s but we don’t really want to pay anything extra for it.

Games We Used to Play.
Remember, Remember, the Fifth of November!

3 Responses to Customer Service, When the Customer Ruled.