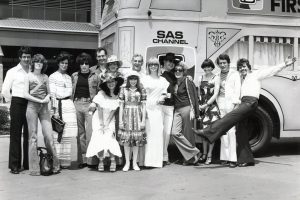 IN 1973, SAS Channel 10 Adelaide created the Children’s Medical Research Foundation of South Australia and began the annual broadcasts of the Channel 10 Christmas Appeal. Every year, until 1989, on a designated weekend in December, the stars from around the national Ten network, as well as other major showbiz celebrities and personalities, would gather […]