Remember ‘Tom the Cheap’, a supermarket chain that first appeared in Adelaide about the 60s & 70s. According to Wikipedia it was started by Tom Wardle from WA and was probably the introduction of aisle type shopping in Australia. Previous to that groceries were served from behind a counter. Tom’s offered a no-frills service with just a 10% markup as opposed to the standard 25% from his competitors.

He started out with just one shop, a corner-store grocery, in 1946 in rented premises in Fitzgerald Street, North Perth steadily building the business and good will. He managed to purchase the property in 1952 and while holidaying in Sweden with his wife in 1955, Tom observed developments in northern European supermarket retailing, which was a move away from shop-counter service to a system which allowed shoppers to browse aisles of produce at their own leisure. He also saw greater competition between retailers, unlike the resale price maintenance regime which seemed to exist in Australia.

In early 1956 he sold the Fitzgerald Street shop and rented larger premises, fitting it out himself with a self-service supermarket layout. He soon opened under a red on white sign displaying “Tom the Cheap”. His business model was essentially discounted trading margins and a no-frills service. Old and new customers soon flocked to the store, attracted by his shop-wide discounts which undercut his opposition. By the early 1960s business was booming and Tom opened four stores in South Australia. He usually favoured old picture theatres which offered plenty of room and were cheap and quick to fit out. By June 1965 he had 90 Western Australian stores, 24 in South Australia, 14 in Melbourne and 2 in Sydney. Total annual turnover exceeded £14.5 million and net profit in Western Australia alone was more than £325,000 per annum.

Expansion continued and by 1971 he had a 208 store-strong retail empire around the nation. In 1972 Wardle acquired a 55% share in a property investment company to finance property purchases and in early 1977 defaulted, triggering a financial collapse of the Tom the Cheap family companies. Receivers were appointed and by mid-1978 a dividend of five cents in the dollar was declared on debts which had by then ballooned to more than $9 million.

Tom Wardle was forced to walk away from the business and with his wife and died something of a recluse in 1997 and Lady Wardle died in 2005.

Tom the Cheap is just a memory now. This is the one on Goodwood Road (which I think is now a chemist shop). Photo thanks to ‘The Scooter Guys Favorites’ on Flickr Photoshare. 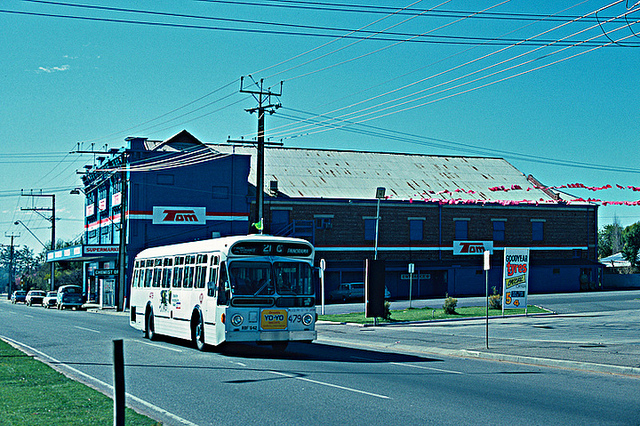 Tom the Cheap on Goodwood Road. Typical of the old picture theatres that Tom preferred as they were cheap to fit out

Samorn, The Elephant in our Zoo
Don Dunstan; our most colourful polly!

32 Responses to Tom the Cheap