For many years the Adelaide commercial TV channels, 7, 9 and 10, each held a telethon to raise money for charities in Adelaide. 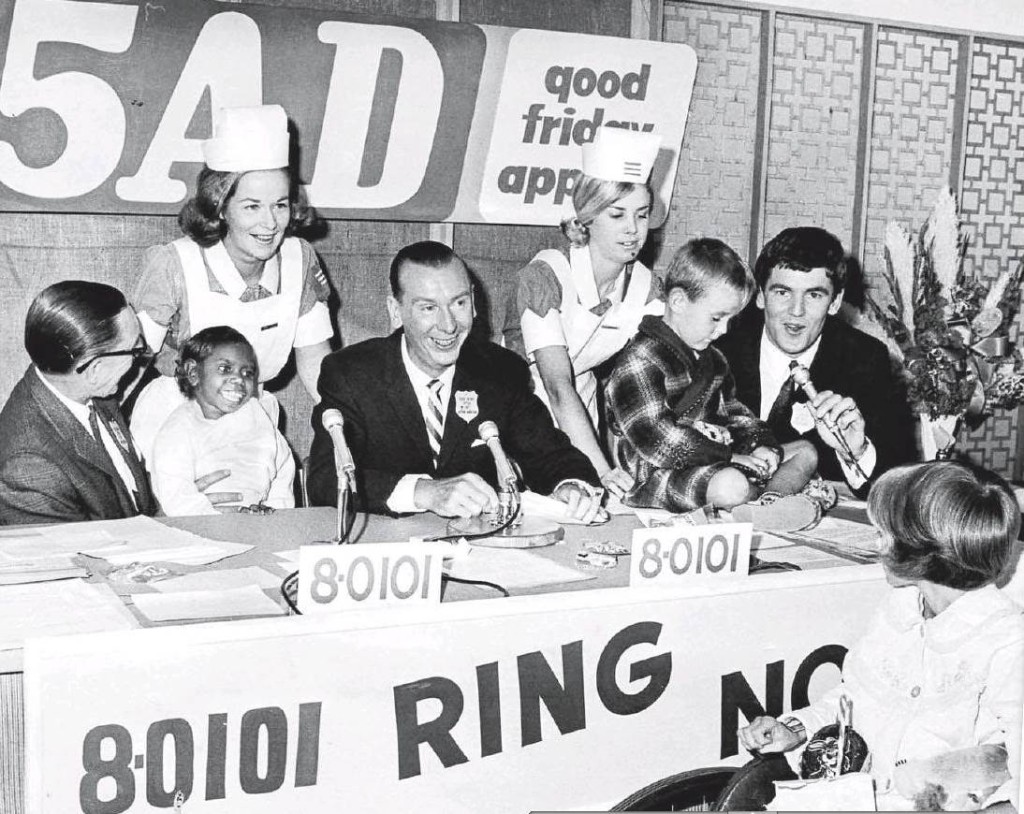 Stories from The Advertiser six decades ago show how the community rallied to support the 5AD Good Friday Appeal for the then Adelaide Children’s Hospital.

Brad Crouch, chief medical reporter for the Advertiser, wrote in Boomer magazine yesterday (Monday 19th January) of the early 1950s and the natural generosity and mateship of South Australians as they dug deep to support the hospital in its time of need.

“Cast your mind back a little and you might remember the Dog House Club, who used their doggies to help build what is now the Women’s and Children’s Hospital.

The year of 1951 was the hospital’s 75th year since its founding in 1876, and was also the year the hospital treated its millionth patient.

Demand had created a strain and the hospital was embarking on an expansion program. The Good Friday Appeal aimed to raise a minimum of £15,000 towards it, The Advertiser reported on January 13, 1951.

As well as seeking donations, the Appeal organised concerts in suburban and country town halls, dances, a swimming carnival, sports events, and a Dog House Club, where member “dogs” could buy a badge. Every donation – no matter how small – would be read out on 5AD on Good Friday, the report noted.

The appeal caught the public imagination to easily top the £15,000 aim and went from success to success, with South Australia’s sick children and their families the beneficiaries. 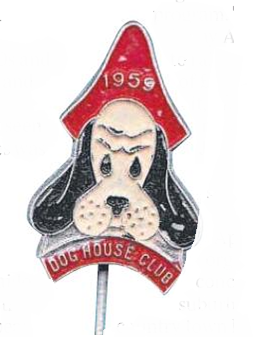 The State Government matched the donations pound for pound as the money was being used for new buildings.

More than 100 volunteers manned phones, taking donation pledges. Food and soft drinks for volunteers were donated; American country music star Hank Snow sent a pledge; and messages of goodwill were read on air, as was a talk on the significance of Easter by Archdeacon Reed and “a talk on New Australians”, The Advertiser reported.

“This is striking evidence of the statewide interest in the wellbeing of the hospital,” 5AD station manager Keith Macdonald said of the flood of donations.

Time marches on and while the Appeal has changed its name, target and electronic medium, its goal of funding improvements for the Women’s and Children’s Hospital remains unchanged.

This year the TeamKids Easter Appeal has a target of $1,283,000 and will be broadcast live on Channel 9, which has already kicked in with a $50,000 donation.

The annual appeal is a joint initiative between the Women’s and Children’s Hospital Foundation and the State Government. in partnership with Channel 9 Adelaide, The Advertiser and Sunday Mail. It aims to raise $40 million over the next 10 years.

This year’s appeal will be broadcast on Monday, April 6 (Easter Monday) from 10.30am to 5pm, and will bring together local and national celebrities, providing plenty of entertainment and information as they seek donations.

The appeal also will be broadcast across the South East on the WIN Network and to the Spencer Gulf and Broken Hill on the Southern Cross Austereo Network”.

6 Responses to Memories of the 5AD Dog House Club