One of the most popular posts featured on the Adelaide Remember When Facebook page early last year concerned the Octagon and Shedley Theatres at Elizabeth.

It attracted thousands of views and likes and almost 500 comments, as people recalled their past experiences and reminisced about the early days of Elizabeth and the good times had there. 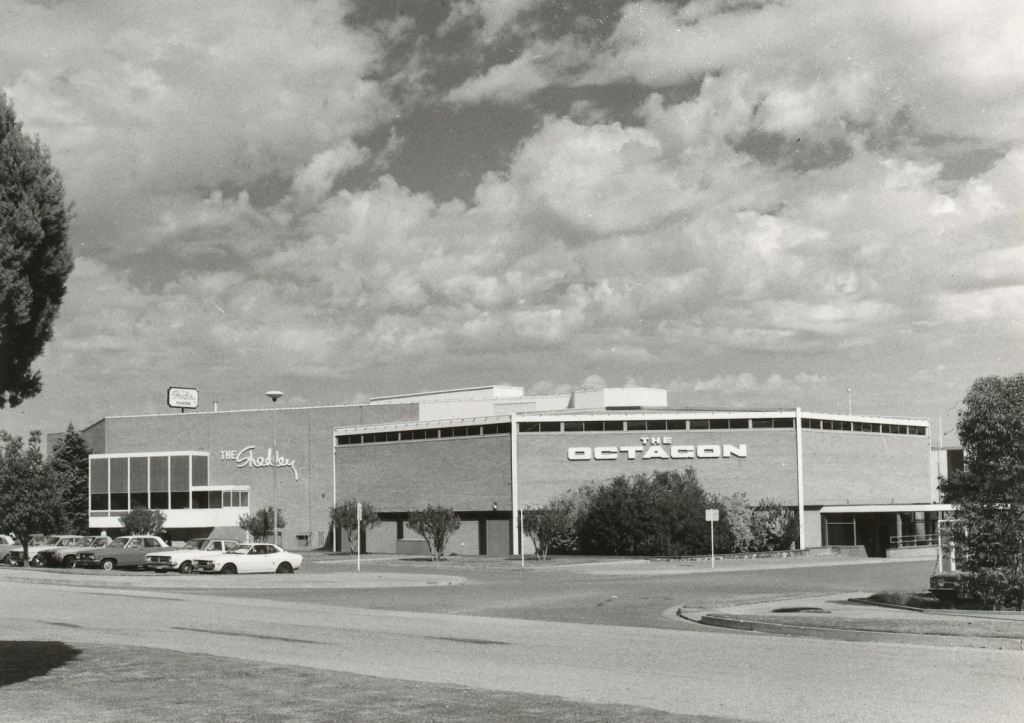 Photo from the City of Playford. The Octagon was designed to cater for any type of entertainment from stage shows, balls and cabarets to indoor sports.

The City of Playfords website describes the theatres as ” officially opening on 21st August, 1965 by the Governor of South Australia, Sir Eric Bastyan.

They were designed by Geoffrey Shedley, chief Architect of the South Australian Housing Trust, and built by the Elizabeth City Council at a cost of approximately half a million dollars.

The final design resulted in two separate units, an intimate theatre seating 412, named The Shedley after its designer, and a stadium type theatre named The Octagon with a seating capacity of 1,422.

The Octagon was designed to cater for any type of entertainment from stage shows, balls and cabarets to indoor sports, exhibitions, cinema events, boxing and promotional activities. Its popularity over the year has been marked by the addition of events such as musical concerts, eight-ball championships, darts championships, wrestling, Bingo and community activities such as large presentations, public meetings and baby shows to mention a few”.

Hazel Clark recalled “being there in 66 & 67, saw the Bee Gees on their last performance before they left OZ. Their Aunt lived in Elizabeth East like me. Billy Thorpe, Ray Brown and the Whispers, MPD Ltd, Masters Apprentices the list goes on. My twins won first prize in the Elizabeth Baby competition in 1985 at the Octagon. Some good memories”! 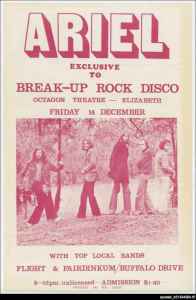 Poster from 1973 of Ariel appearing at the Octagon Elizabeth

Heather Snowden wrote of many fond memories of the building: “I attended quite a few Blue Light discos & some school functions there. I also remember singing there as part of the Combined Primary Schools choir. Good times”!

Many seemed mystified as to why The Octagon was demolished in 2001. Carolyn Hughes wrote “Probably the most stupid thing the powers that be did was to rip down the place. So many great innocent memories there with great bands and large enough to hold some terrific nights”. And this from Christine Dixon; “I remember the Octagon. For the life of me I can’t figure out why it was demolished. My family & I were regulars there”.

Jo Cooper contributed this information; “The entire complex was re-developed in 2005, the library is now on the site of the Octagon. The Shedley is still there (with the same signage in the hall area). Floorboards from the Octagon were re- sanded and also put in the hall area. Go have a look, it is a great building blending the old and new. I worked for playford council for 7 years during the redevelopment”.

What are some of your memories of the Octagon and Shedley Theatres at Elizabeth?

“Well, I’m Glad You Asked”
Off to the Local Deli for a Milkshake.

Leave a Reply to Helen Click here to cancel reply.