“I remember my parents taking me to Downtown at night for the first time, and walking down Hindley Street and seeing all the neon lights was amazing. Roller skating was great there. We had stuff to do, what do our kids have like this”? 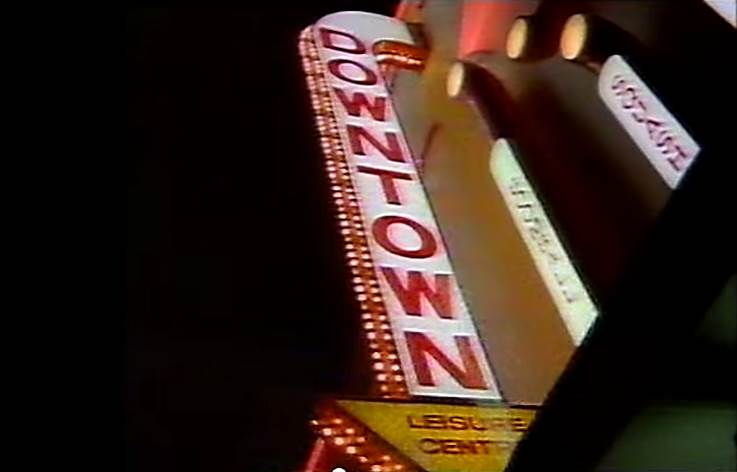 Downtown, taken from the TV commercial. everyone “Great skating, great music, good food and fun….It’s the greatest skate in town”.

Most people seem to remember Downtown for the roller skating but in fact there were a number of games and activities, including dodgem cars, a shooting gallery, squash, side shows, a games arcade and a pretty good restaurant. It was a fun place that the whole family could enjoy, back when Hindley Street wasn’t quite as scary at night as it is today.

The first Downtown was built at 65 Hindley St in the late 70’s as a new multi-faceted complex as we remember it. In the mid 80’s though, it was relocated down the road towards King William Street in an old classic cinema building (formerly the State Theatre), which still has the old Downtown fin sign out the front (it’s now a grocery store).

The new facility was much smaller, and for a while, there was a Hungry Jacks on the ground floor which had replaced the restaurant. The old original Downtown building at 65 Hindley Street was demolished and replaced by a brand new hotel which we now know as the Holiday Inn.

“What great memories and fun times we had. Went every Friday & Saturday nights. Remember going to the midnight skate and being locked in then finishing at 7.00am and heading off to the good ole Pancake Kitchen for breakfast before heading home south of Adelaide on the old STA buses.” 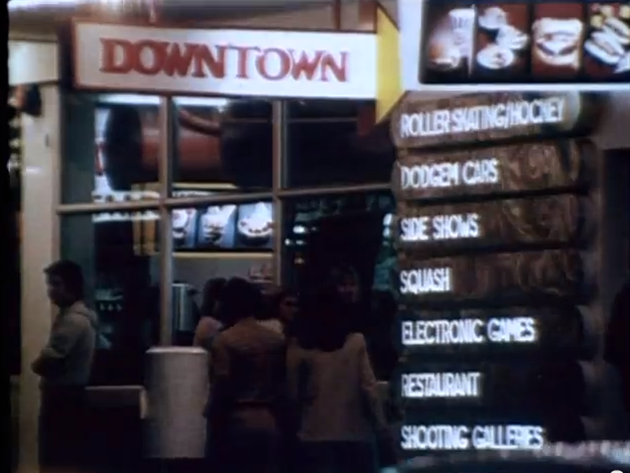 Downtown, from You Tube. Most people remember the roller skating but in fact there were a number of games and activities.

Of course everyone remembers the Downtown TV commercial, with the opening bars of the Petula Clark hit song from the 60s “Downtown’” and the voice-over reminding everyone “Great skating, great music, good food and fun….It’s the greatest skate in town”. 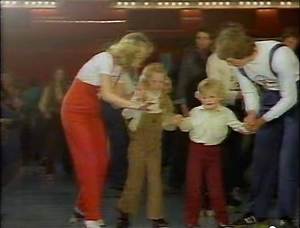 Downtown, from You Tube. Everyone remembers the Downtown TV commercial; “It’s the greatest skate in town”.

“Whilst we are talking roller skating, who remembers Downtown’s arch rivals The Hindmarsh Rollodrome? In 1983 came Spinners, which was the newest and most modern rink ever to grace S.A. Spinners was located on the top floor of the old Cox-Foys building in Rundle Mall which was totally renovated and renamed the Renaissance Centre, complete with outside glass lifts!! A first for Adelaide. The lifts are still there but Spinners and of course, Downtown are sadly no more”.

Finally, long-time Adelaide Remember When poster Robert Verrall recalled “I remember going up to the Roller Skating rink which was on the top level if my memory is correct. The other vivid memory I have is how I smashed my head on the pole while riding the dodgems and fell rather awkwardly during one skating time. I also loved playing the pinball machines and the Space Invaders, Frogger, etc… Time Zone and others weren’t too bad but it’s Downtown which seems to hold the memories”!

And great memories they are too! What are your own memories of Downtown?

Remember When No. 96 was on TV?
The Prettiest Cricket Ground in the World

34 Responses to Downtown, the Greatest Skate in Town