With the arrival in Adelaide last month of the new double decker bus, I thought it timely to remember our first lot of double deckers and share some memories of the days when the old double decker trolley buses and diesels serviced various parts of the city.

Double deckers first made an appearance on our streets when trolley buses were introduced back in the late 1930s and continued to operate until about 1963 when the last line was converted to motor buses. 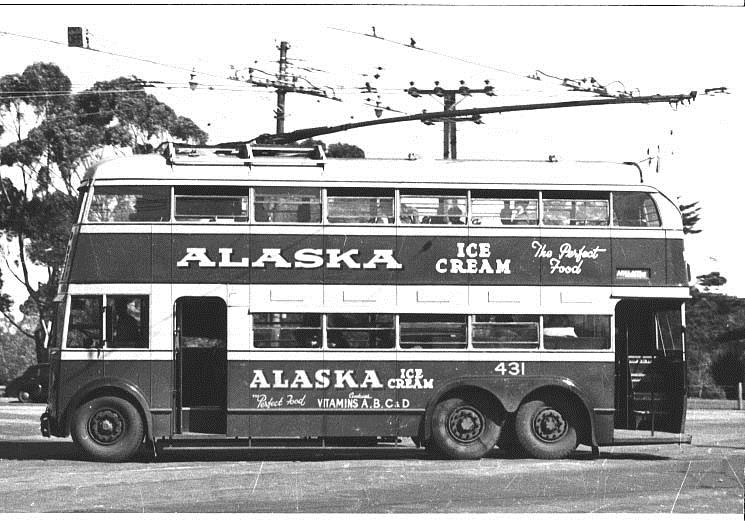 My strongest recollection of those old buses is that they had both a front and rear entrance and that rear entrance had no door and if you were running extremely late to the stop, you could grab the pole and haul yourself on board, sometimes with the helping hands of other passengers and even the conductor. Not something that would be allowed these days I’m sure.

The other strong memory is the big hooks on the back of the buses. When a woman with a pram got onto the bus, she would leave her pram on the footpath and once all the other passengers were on board the conductor or driver would get off the bus and go and hang the pram on one of the big hooks. Similarly, bike riders were able to catch the bus by just hanging their bike on the hook and jumping on the bus.

Trolley buses covered most of the city and suburbs in those days but the double deckers mainly covered the Port Adelaide and Glenelg routes. There was a regular service along Port Road to Croydon with stops at Kilkenny, Woodville, Cheltenham, Albert Park and Port Adelaide.

The old trolley buses were all eventually replaced by motor buses, most just your normal bus, but with a few double deckers. The photo above is from 1958, from The Advertiser files and was taken at 5pm, peak hour, outside what is now the Bank SA building in King William Street, with the photographer using the words “Bus Crowds’ as the original caption.

The destination sign on the bus is for ‘Graymore via St Leonards’ and I believe that these motorised double deckers mostly serviced the south run down Anzac Highway.

The last of the motor double decker buses were taken off the main city routes in the 1960’s and some were used up until the 1970s by the Transway Bus Company in the Elizabeth area.

Do you remember Adelaide’s last double decker buses? And what are your memories of riding on the old buses as you were growing up?

Remember Some of These!
Remember When No. 96 was on TV?