In 1923, when Annie Sharman conceived the idea of a little recipe book to raise funds for her school community, she had no idea that it would still be in print 90 years later and sell more than half a million copies, not just in South Australia but all around the world. 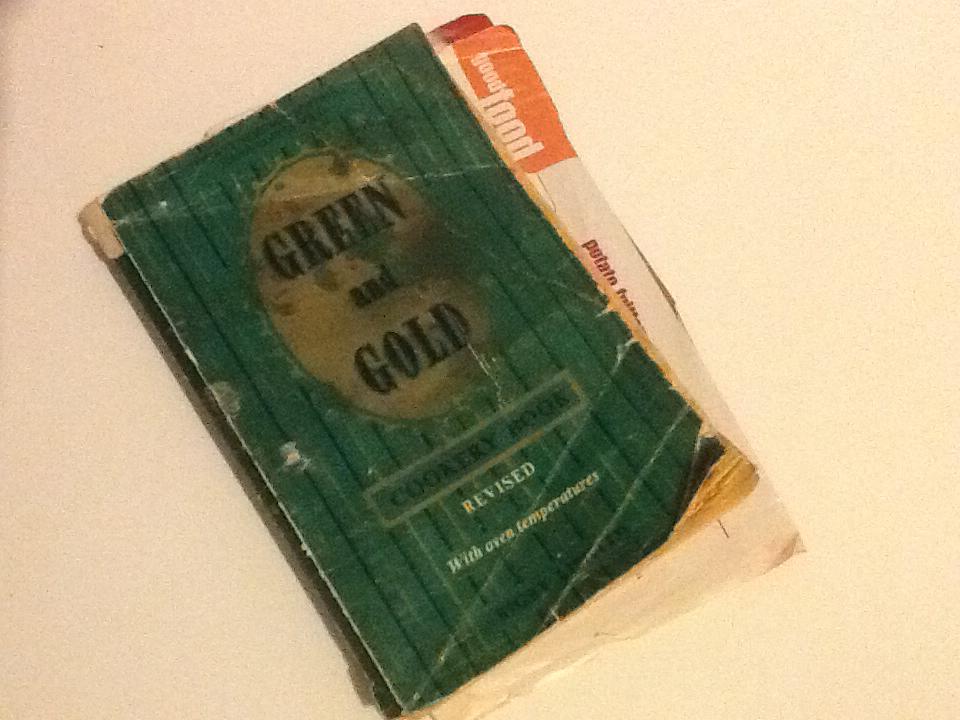 Photo sent by Lorraine Clarbull. The Green and Gold Cookery Book has been handed down from mother to daughter for more than 3 generations

Handed down from grandmother to mother to daughter, the Green and Gold Cookery Book has helped feed millions of Baby Boomers and their families with “tried and tested recipes, contributed by experienced housewives and cookery experts”.

The school was King’s College in Norwood (now Pembroke), and the year was 1923. Members of the school community were asked to contribute recipes, household and laundry hints, remedies and other miscellaneous information. In that first edition, advertising space was sold by Mesdames C. Morris and G. McRitchie to help defray the cost of publication, while Annie had the job of receiving, checking and sorting the recipes, most of which were accompanied by a small donation.

Almost 200 contributors had their recipes published in that first printing, their names and suburb recorded under their recipe, and in some cases the full address. 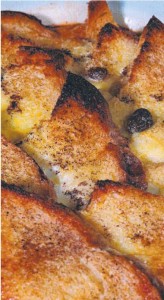 Photo from the Advertiser. Mum’s bread and butter pudding. What else could you do with stale bread?

In this age of master chefs and foodies, the ingredients and guidelines seem basic and plain. They are the sort of meals I remember as a child growing up in the 1950s and ’60s in a family with four children, living on a single income and making do with cheaper cuts of meat, home grown vegetables in season and homemade biscuits and cakes.

The cookery books that have been handed down through generations within a family generally include copious handwritten notes or extra recipes, some on sheets of writing pad, or scribbled in the notes section at the back of the book.

When I told my wife I was writing an article on the Green and Gold Cookery Book, she was quickly able to produce her mother’s copy, the 30th edition, published in 1953. Her mum also recorded extra ideas, including how to make tasty mince, tomato relish, apricot balls, a cheese cream dip and “never fail’’ scones.

Just looking at some of the recipes brings back some bad memories, such as ox tongue in jelly, stewed tripe and onions, boiled lettuce, boiled marrow or trombone, spinach, and for dessert, sago or blanc mange. Ugh, food from hell for a kid.

But there are some favourites too – Mum’s Irish stew, steak and kidney pie, rabbit pie, bread-and-butter pudding, rhubarb tart, cream puffs, nutties (biscuits) and all sorts of sponges and cakes.

Of course in that era, almost everybody grew large quantities of fruit, so there’s lots of advice on preserving, plus making jams, jellies and marmalades.

And who can forget mum’s toffees, usually made in little paper patty pans as a fundraiser for school or the school fete, her marshmallows, coconut ice or brandy snaps? 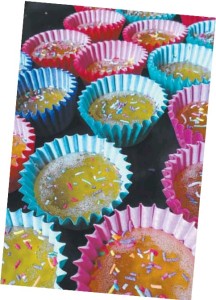 Photo from the Advertiser. And who can forget mum’s toffees, usually made in little paper patty pans as a fundraiser for school or the school fete.

The Green and Gold Cookery Book holds a special place in the hearts and kitchens of many families, not just for the tried and trusted recipes but also for the memories it generates. Every year for 90 years, the tradition has continued. But for how much longer, I wonder?

It will inevitably follow the way of the wood stove or the frypan full of dripping.

But after nine decades, this little volume has proven itself as a more than useful symbol of a generation of housewives and their children who followed in the kitchen.

8 Responses to Green and Gold Cookery Book, Another Adelaide Icon

Leave a Reply to Geoff Click here to cancel reply.