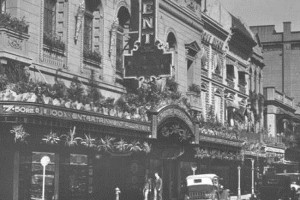 When the new Regent Theatre opened in Rundle Street Adelaide on the night of the 29th of June 1928 it was hailed as “the most glamorous and beautiful picture palace in Australia”. Writing in The Advertiser that day, journalist Valmai Stephens described it as “far more than a mere place of amusement, for there is an […]