Recently on Adelaide Remember When Facebook page, friend and former radio colleague Andrew Heslop shared some memories of the late John Vincent, radio star and a true legend in the industry.

“Who remembers Vinnie’s Magical Misery Tours’?  wrote Andrew. “These were a big part of the SAFM Morning Zoo’s success as John Vincent led a group of listeners to some of Adelaide’s (allegedly) least popular attractions on a chartered STA bus.

One time he even brought them to 5DN 972, marching people through the front door at Tynte Street, down the corridor past the on-air studios and out the back door to The Wellington Hotel and Wellington Square.

Did you listen to Vinnie, Jane Reilly, Grant Cameron and newsreader Greg Meyer at The Source? Did you ever go on a Magical Misery Tour? And where did you end up? The Bolivar Sewage Treatment Works were a popular destination”! 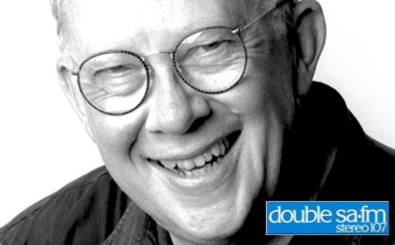 John Vincent during his SAFM days.

Many other people recalled the programme and of course John’s alter-ego Ken Oath and some of his better known recordings including “How Ya Goin’ Allright”, “Havin a Barbie’ and the garbos song “Mondays Collection Day’.

Still others remembered his work as a DJ at the Fiesta Villa and some of the sound bites on ‘The Morning Zoo’ of Paul Keating (aka Paul Bearer) saying,” Morning scumbags, get out of bed and earn some tax!”

Mind you, John’s career had been well and truly established and very successful even before the SAFM show. Having originally started in country radio, John moved to Adelaide and 5AD sometime in the mid 60s. He was already well established as a firm favourite there when I joined the station in 1970. By then he had covered most of the shifts and had settled down into an afternoon time slot. I recall how he always opened the programme with “Hello listener” because as he once explained to me, he did his programme for each person who was listening to him.

In the early 70s a new programme manager called Paul Thompson arrived in Adelaide at 5KA, heard John on the radio at AD and immediately poached him for his new line up. Paul was a programming genius who created ‘Earth Station 5KA’ and took it to the top of the ratings before assuming the role as manager of the newly opened FM station ‘SSAFM’. He created the ‘morning zoo’ breakfast programme which was led by Vinnie and eventually became the number one breakfast show on Adelaide’s airwaves.

John had been plagued with serious health problems for most of his life and he found the pace of radio affecting his wellbeing, eventually retiring from the airwaves in the 90s. He died in 2009.

Vinnie was one of the truly great personalities of Adelaide radio and the greatest guy you could ever meet! He was talented, funny, un-assuming, a great friend to everyone and we all still miss him!!