If you’re a baby boomer who grew up in Adelaide,  just the mere mention of the words ‘corner deli’ will instantly bring back a flood of wonderful memories!

There was a corner deli on almost every second corner in every suburb and they stocked everything from milk and bread to shoe polish and sewing needles. The local corner shop, or deli, was the beating heart of many communities, as well as a source of local gossip and an income for the families who ran them. 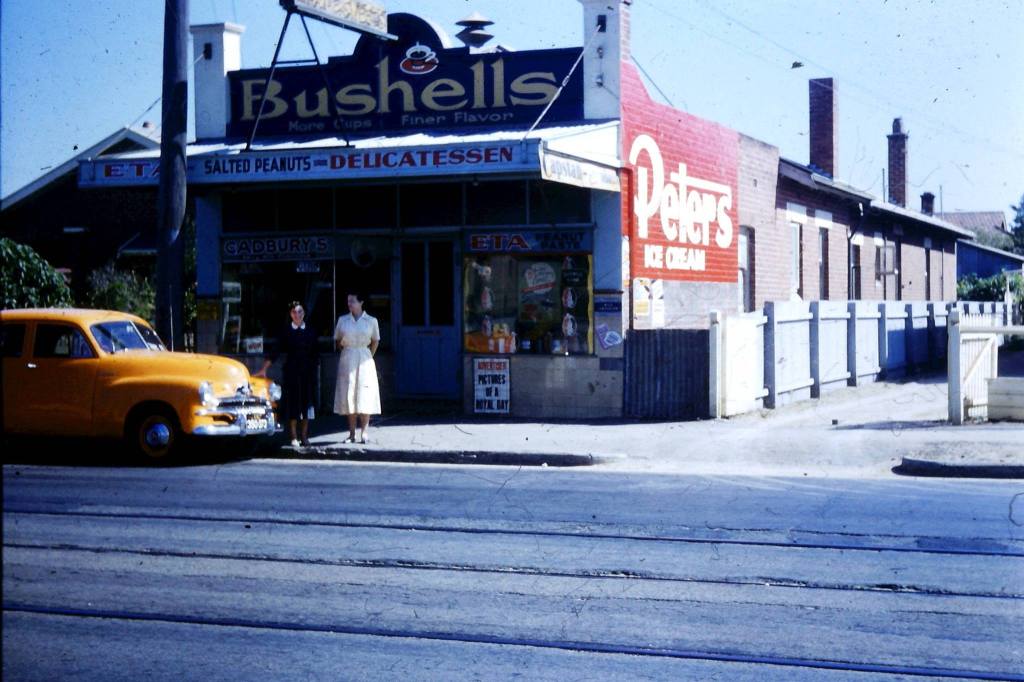 Kenny Peplow shared this photo; “Dad’s FJ taxi on Henley Beach Road at Torrensville, around 1958-1959.” The taxi was parked outside the local deli at the time.

In the 1950s and 1960s we were a less mobile community and most of the shopping was done close to home. There was a local butcher shop with sawdust on the floor and a kindly butcher who always had a slice of fritz for all the kids who might be out shopping with mum. There was the local hardware store, a hairdresser and greengrocer and most other perishables were delivered daily by the milkman, bread man and ice man.

But the corner deli was where you could find most of the essentials of daily living and ‘extra’ grocery items and they continued to play a role as an important fixture in our communities until the mid 60s.

Many little shops were built onto the front of a premises, which also acted as the family home, and as they lived on site, the owners and their families would stay open until 9pm during the week and all weekend, even after church on Sunday.

Corner delis were magical places full of strange aromas and wonderful surprises! Cheeses came in wheels and were cut by slicing with a cheese wire. Fresh ham came on the bone and was sliced by a meat saw. Most of the fresh produce was sold in small quantities, as needed. Sugar and flour came in sacks and was carefully measured out into brown paper bags. Fresh milk came in bottles and cream was ladelled out from a milk urn into your own bottle or container, which you took to the shop.

You could also buy tuppence worth of lollies, choosing from the range behind the faded glass display case, which included conversation lollies, umbrella toffees on a stick, liquorice blocks or a packet of sherbet fizz. There was Amscol ice cream in either single or double scoop cones, or a square raspberry ice block in a square cone (they were also tuppence). 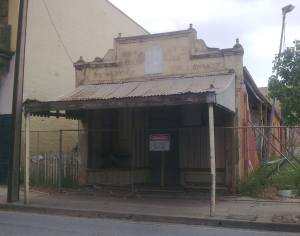 Roger Ray shared this photo of a derelict corner shop near the Maid and Magpie, boarded up and probably awaiting demolition

The motor car and the spread of the supermarket chains, starting with Tom the Cheap, saw the gradual demise of the corner deli. Many continued to trade on into the 70s and even the 80s but with the arrival of the big suburban shopping malls, the final nail was hammered into the coffin.

Driving around Adelaide today, there are still reminders of the days when the corner deli reigned supreme. They are mostly boarded up now, some are still used as family homes, but they stand as a reminder to a fascinating part of our lives, growing up in what I believe was a very special era.

The corner deli is a special part of our childhood memories and an important part of our history as a community, and as a city.

Adelaide’s Moratorium Marches
“The Times, They are A-Changing”

17 Responses to Where Was Your Corner Deli?