Great article in today’s Advertiser from Petra Starke, about the demise of her local video store “Digital age has killed the video store”. She likened it to going to a funeral; “It felt like a funeral though, albeit a very casual one with popcorn and M & Ms for sale and the Rocky theme song as a soundtrack.

For 30 years, the Everard Park Blockbuster on Anzac Highway had offered up all manner of take-home cinematic treats. And for almost all of those 30 years it had been a part of my life.

Many Saturday nights of my childhood were spent perusing the new releases with friends, all clad in pyjamas and slippers while mum or dad waited patiently by the ice cream freezer.

My local video shop weathered the changeover from VHS to DVD, from DVD to Blu-ray, and the advent of video game rentals. But it seems the growing popularity of digital downloads is one change it just couldn’t keep up with. 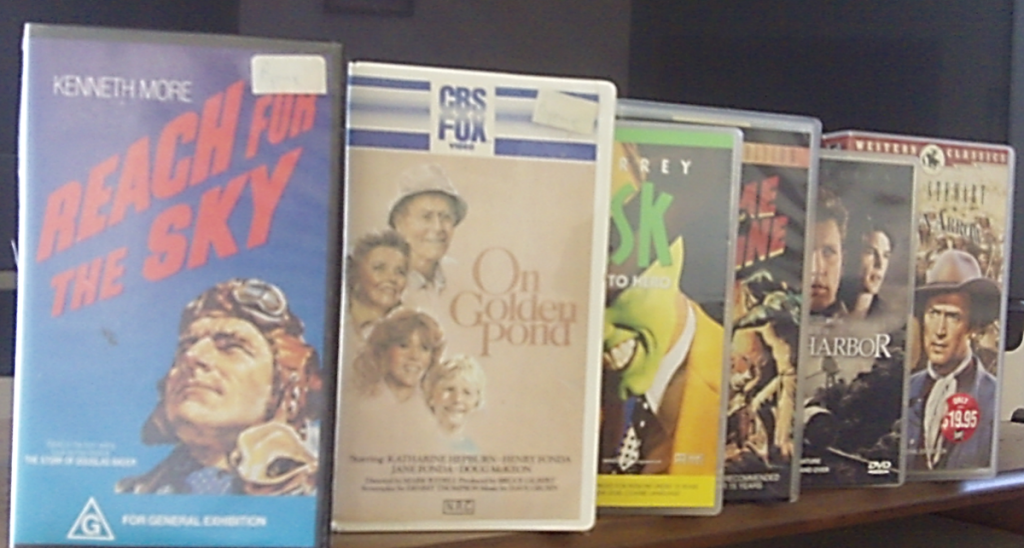 Photo by ARW. On Golden Ponds was one of the first video cassettes we bought

It’s hard not to feel sad about the death of something that’s been part of your life for almost your entire life. But if I’m being honest, the video shop hadn’t actually been a part of my life for the last five years. It probably hasn’t been for many others either.

So despite my sadness at this piece of nostalgia disappearing for good, I know I’m to blame for its demise. Like most people these days I now download all my films through iTunes or Google Play, or stream them through online subscription services. I haven’t actually rented a physical DVD in years”.

It won’t come as any surprise of course that baby boomers have seen the demise of many of those things that were so much part of our everyday lives in the late 50s, through the 60s and even into the 70s.

My first brush with pop music was in about 1956, just as the 45rpm records were being introduced, in fact many songs were still being released on 78s (Elvis’ first songs for example were released on a 78). The local record shop was the first place I would head for on pay day to buy the latest single by Johnny O’Keefe or Tommy Sands (which incidentally would have been ordered two weeks previously). 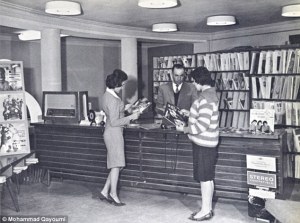 Photo from Google Images. The local record shop; that’s how we selected our music back in the day

Record shops survived through the compact tape era and then the CD but met their demise mainly when iTunes came along.

There was a time when going to the pictures was a once-a-week luxury. Film buffs went more often, but usually on a Saturday afternoon or Saturday night you could dress up to the nines and catch the latest John Wayne or Stewart Grainger film. Going to the movies has survived TV, the video cassette machine, DVDs and now it also has to contend with downloads and the pirating of latest releases which threatens the very existence of the movie industry.

Television is now facing its own uphill battle for survival too, with the availability of streaming online of films, TV series and shows through the internet. One wonders how much longer the free-to-air channels can survive.

As Petra says in the conclusion of her article; “Will there come a day when all our service industries are overtaken by the internet? It’s already happened with grocery shopping. You can pay bills online. You can even order food delivery without picking up the phone.

One day we’ll never have to leave the house again. Hope we have something good to watch”.

Where Was Your Corner Deli?
Bobo the Clown