REMEMBER the tremendous excitement when television first arrived in Adelaide?

It came in 1959, three years after it commenced in Melbourne and Sydney in time for the 1956 Melbourne Olympic Games.

The wait and build-up seemed to go on forever before TV finally arrived. Electrical retailers like H G Palmers, Ernsmiths and Saverys, attracted large crowds of people, eager to see television for the first time. It was not unusual for crowds to stand for hours just watching a test pattern and a few black and white flickering frames as both Channel 9 and Channel 7 prepared to launch later in the year.

On 5th of September 1959 NWS-9 was officially launched. Sitting in the audience on that first night was a young Rupert Murdoch, eager to see how his newest entrepreneurial project would unfold. The opening had not been without its problems, including a fire which destroyed most of the new studios even before the first pictures could be transmitted. So on that first night the Premier of South Australia, Sir Thomas Playford, proudly announced the arrival of the new medium from a temporary studio in the Tynte Street building, and the journey began. 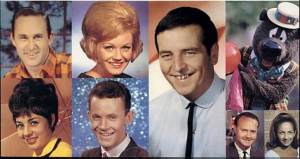 In the book Miracle on Tynte Street, authors Rex Heading and Trevor Jones recall the Channel 9 early days and shows … Adelaide Tonight, Woodies Teen Time, The Channel Niners, the Christmas pantos, along with stories about the people and personalities who made it all happen, Ernie Sigley, Lionel Williams, Kevin Crease, Anne Wills, Ian Fairweather, Glenys O’Brien, even Humphrey B. Bear!

TV was a rare novelty in 1959 and usually the first house in the street to get a set would share their lounge room (didn’t have ‘family’ rooms back then) with all the neighbours who were invited in to watch such riveting programmes as Singalong with Mitch Miller, Perry Mason and I Love Lucy.

It was a further six months – March 11 1960 – before the ABC came on line with the opening of ABS-2 Adelaide. Bob Caldicott read the news and had the honour of being the first face to appear on local ABC TV. 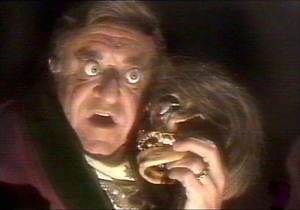 Adelaide got its fourth TV channel when SAS 10 began broadcasting in July 1965. It started transmission at 4pm in the afternoon and Bobo the clown was such a huge star in Adelaide at the time that the new Bobo Show was the very first programme that went to air. Over the years Channel 10 also created Fat Cat and Friends and Romper Room. Music shows included In Time and Trax. Variety talent shows included Adelaide’s New Faces and Pot Luck. There was also the long running daytime show Touch of Elegance, horror host Deadly Earnest and from 1973 to 1989 the Christmas Appeal telethon was held each year.

In 1973 SAS10 Adelaide created the Children’s Medical Research Foundation and the Channel 10 Christmas Appeal, with stars from the network flying into Adelaide for the weekend live broadcast from SAS10 studios in Gilberton. Stars included actors from popular Channel 10 TV show Number 96 and The Box. Game show host Gary Meadows was the anchor for most years.

Rundle Street Before It Became a Mall
The Redhen, An Adelaide Train

7 Responses to When TV Arrived in Adelaide