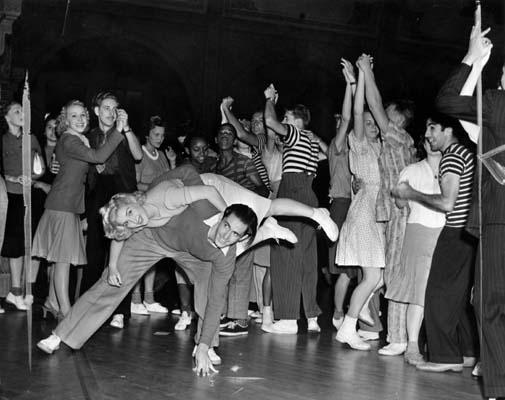 Teenagers jiving to rock’n’roll music in the 1950s

Many baby boomers reached their teenage years from the mid-60s to the early ’70s, and what a glorious time it was to be a teenager!

In 1964, Adelaide really came of age when over 300,000 people turned out to welcome The Beatles, and the local music scene was bubbling with enthusiasm and talent. Every weekend there was a wide choice of dance venues with high-profile radio DJs as comperes, an even wider choice of excellent bands and a myriad of music styles from which to choose.

There were locally produced TV programs featuring home-grown talent, and national and international pop stars performed at Centennial Hall Wayville, or the Apollo Stadium in Richmond.

There was the Oxford Club, Miami Club at Brighton, Teensville at the Palais Royal, KT Club at the Kings Ballroom, Kommotion at the Australia Hall, The Scene, Club 123,The Basement, St Clair Centre at Woodville and the Catacombs in Kent Town.

Princeton Club at the Burnside Town Hall on Portrush Rd was also very popular. It had developed a reputation over time as an extremely well run venue and attracted teenagers from all over Adelaide with a strong line-up each week of local groups and top-rated national and even international guest performers.

Another of the most popular venues was the Palais Royal on North Terrace, right across the road from the Royal Adelaide Hospital. There was always something happening at the Palais, from ballroom dancing to rock ’n’ roll concerts on a Saturday afternoon. 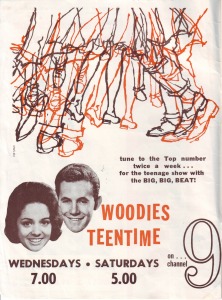 Both Channel 7 and Channel 9 (and later Channel 10) presented a locally produced pop music show. Seven introduced Seventeeners compered by Peter Cellier and Angela Stacey which was shown before a live audience every Sunday evening at 5pm.

Nine had a similar program on a Saturday afternoon, compered by Ian Fairweather and Glynnis O’Brien called Teen Time. Both shows became launch pads for a number of local groups who went on to national and even international stardom.

At the same time, both channels were presenting live variety programs at night such as In Adelaide Tonight with Ernie Sigley and Lionel Williams on Channel 9 and The Late Show with Blair Schwartz and Roger Cardwell on 7. Local groups and singers again provided most of the musical content and acted as backing groups and support acts for visiting performers.

Artists included Judy Stone, The Twilights, Masters Apprentices, Barry McCaskill and the Drifters, the Penny Rockets, the Viscounts, John E Broome and the Handels, a young Kamahl and an even younger Johnny Farnham.

Adelaide had regular visits from international acts also. Apart from The Beatles’ two concerts at Centennial Hall there were concerts there from world class entertainers such as Tom Jones, Dusty Springfield, Chubby Checker, Roy Orbison and The Monkees.

Apollo Stadium was the other main venue for international stars and from 1971 to the early ’80s featured such pop music heavyweights as Creedence Clearwater Revival, The Kinks, Queen, Bob Dylan, Cat Stevens and Australia’s own AC/DC.

Its good fun to look back now on those years and reminisce about the great bands, the music and the dances.

Somehow it seemed a more innocent time, the music wasn’t as loud, you could understand the words, the majority of songs at least had a melody, and, in my opinion, it was the best time ever to be a teenager.

8 Responses to The Best Time to be a Teenager