Here’s a memory for you, Patsy Biscoe with Fat Cat from the afternoon’s children’s programme “Fat Cat and Friends” on Channel 10. Patsy had actually started out on Channel 9 in the 60s with appearances on Here’s Humphrey but later switched channels to co-host the Fat Cat show. 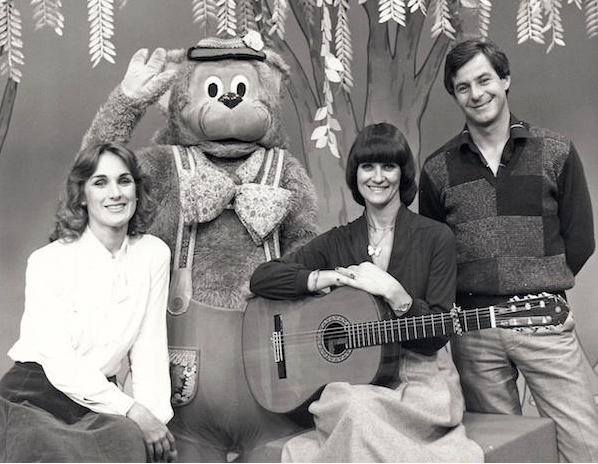 Photo from Channel 10 (Now 7). Patsy had actually started out on Channel 9 in the 60s with appearances on Here’s Humphrey but later switched channels to co-host the Fat Cat show.

Her background in music included winning a classical singing scholarship and performing at a jazz club while studying medicine at the University of Tasmania. Unfortunately due to a serious car accident, she damaged her eyesight which caused disruption to her emerging career and studies. She then turned her attention to singing and went on to be a finalist in the Australian talent quest TV show “Bandstand”.

As a singer and guitarist, she recorded her first album in 1965 and moved to South Australia in 1966. Her career blossomed during the 70s and 80s through regular appearances on TV and her recordings of children’s songs for which she has won numerous awards. 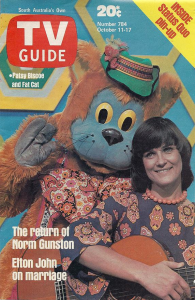 It was during her early appearances on “Here’s Humphrey” that Patsy caught the attention of a young music executive who observed that she had a unique talent. At the time, most of the available children’s records were from America and England. The recordings from America had a very different accent and the English recordings used a different vocabulary. It was felt that Australian children needed someone they could relate to, someone with a voice they could identify with and who would sing the songs that they knew.

It was in the early 70s that Patsy was aked to make her first children’s record. Although being heavily pregnant with her first son at the time, she went into the studio, sat on a stool with her guitar and sang her way through what would become the landmark Platinum record “50 Favourite Nursery Rhymes”.

The record enjoyed immense popularity both here and overseas and there followed  10 more albums of nursery rhymes, popular children’s songs and bedtime stories. Over the years, she’s sold over 500,000 albums in Australia alone and achieved 30 Gold Records and a Platinum Record (the very first to be awarded in South Australia). Her albums have been released internationally in numerous countries including: New Zealand, UK, China, Saudi Arabia and Thailand

In 1984, Patsy received the SA Great Award from her home state of South Australia, for her extraordinary contribution to children’s television and music.

When Patsy retired from television she began on a new path in Natural Medicine.  She moved to the Barossa and became a member of the Australian Natural Practitioners Association.

Patsy continues to reside in the Barossa Valley region and to be highly involved with her local community including serving as Deputy Mayor on the Barossa Council, Vice President on the Barossa Arts Council, Board Member and Presenter for BBB FM Community Radio and Chair of the Tanunda Town Committee.

In 2009, she was inducted into the Barons of Barossa fraternity that promotes Barossa winemaking and viticulture industries. 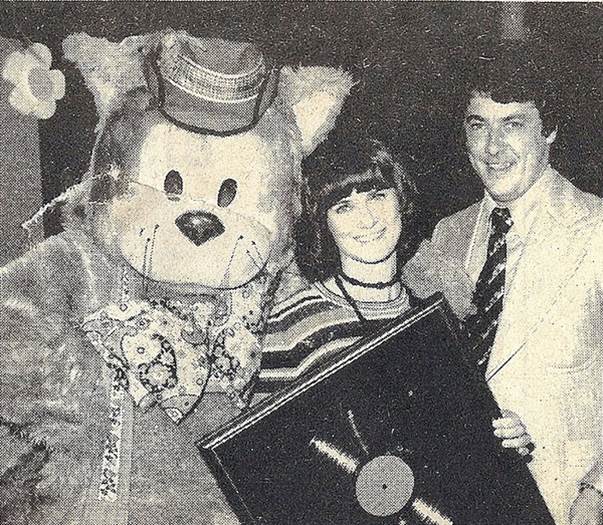 This newspaper photo from 1973 is from Patsy’s own Photostream on Flickr and shows Fat Cat, Patsy and Noel O’Connor, fellow presenter on Channel 10, just after Patsy had been presented with a gold album award for her LP “Fifty Favourite Nursery Rhymes”.

One Response to Patsy Biscoe and Fat Cat on Channel 10