By Bob Byrne on December 3, 2014 in Events, People and Personalities, Places

Adelaide Now publishes more photos and memories from “Adelaide Remember When”, the book

Adelaide Now, the online edition of the Advertiser has shown some more of the photos and stories from my newly published book Adelaide Remember When. The book contains more than 300 photos of Adelaide, some never before published, from the 1950s to the 1980s, with over 250 pages of memories and stories from the baby boomer era!

The Granite Island Chairlift, installed in 1964 and removed in 1996. Photo courtesy of Alex Prichard on Flickr

If you were lucky enough to get to Victor Harbor for the school holidays, one of the highlights was a ride on the chairlift on Granite Island. Lindsay Honeyman, driver of the horsedrawn tram from Victor to the Island for 13 years recalled some of the attractions on Granite Island in a recent media release: There was the chairlift in the 1960s. There was also a strange cage that was hoisted up a 40-foot pylon and dropped — it was called a Space Steeple, a sort of early thrill ride. 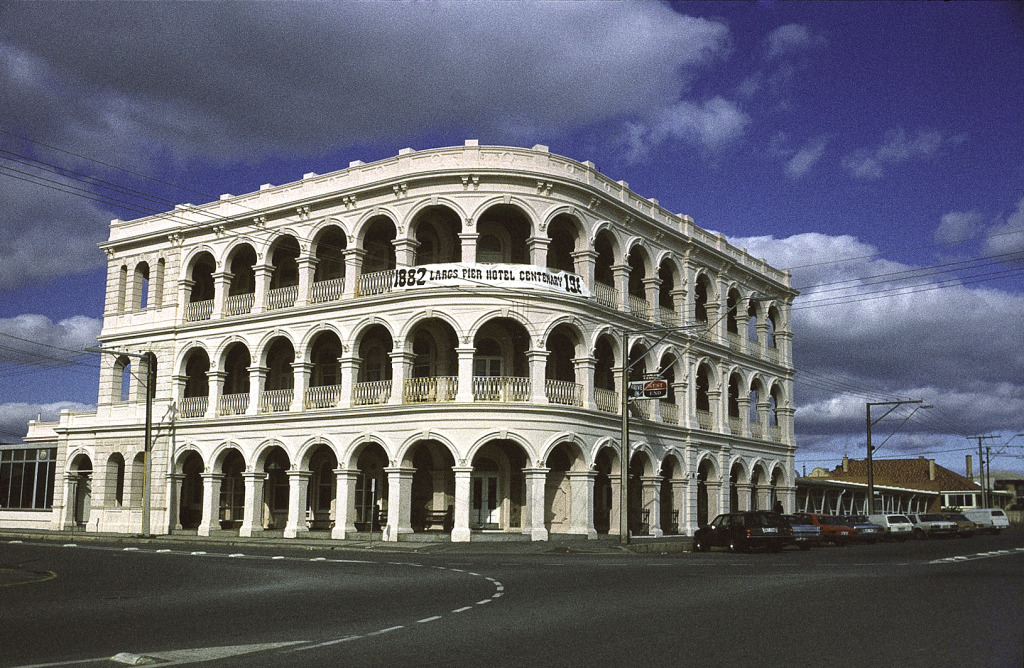 The Largs Pier Hotel. Courtesy of Ken Charlton and the Department of the Environment

In the 1970s and 1980s the Largs Pier Hotel began to establish its reputation as an important meeting place for Aussie bands such as Jimmy Barnes with Cold Chisel, AC/DC, The Little River Band and The Angels. In fact many local bands played there during the early days of their careers. According to legend, Bon Scott, who later became the lead singer of AC/DC, met his wife at the Largs Pier Hotel after a gig in 1971.

One of Adelaide’s most-loved radio personalities in the ’60s, ’70s and ’80s was John Vincent. I worked with ‘Vinnie’ between 1970 and 1972 at 5AD and he was the most generous, kind, funny and genuine person you could ever meet. Growing up and living in Adelaide in that ’60s to ’80s era, you would have at some time heard him on air, seen him on TV, attended a dance where he was compere or bought one of his Ken Oath records or cassettes.

Adelaide Railway Station was once the centre of all train travel in South Australia and the man in blue knew everything about anything to do with travelling on a train. It was in 1978 that the South Australia’s railway system was divided between two owners. The Commonwealth Government-controlled Australian National Railways (AN) took over ownership and operation of all country lines outside the Adelaide metropolitan area, while the State Government-controlled State Transport Authority retained the suburban routes around Adelaide.

After Australia Day, Adelaide changed forever when the Beaumont children — Jane, Arnna and Grant — disappeared from Glenelg beach. A massive search was launched by police and volunteers, scouring the coast for kilometres both north and south of the Colley Reserve.

Many parents changed the way they supervised their children on a daily basis after the disappearances and the case led many to conclude that Adelaide had a dark and evil underbelly.

Adelaide Remember When is now available through the ‘Shop’ link on this website, the Advertiser Book Shop in Waymouth Street and from all major book shops in Adelaide and South Australia. RRP $39.99

You Must Remember This…..
Marion Shopping Centre. The Early Years.