I came across a fascinating newspaper article recently which asked the question: “Do young people of today still think of a car the way we baby boomers used to?”

When I was a young teenager in the early 60s, owning a car was a rite-of-passage into adulthood. I was just 16 when I sat for my driver’s license, not even able to drive, and within a week I had bought my first car. 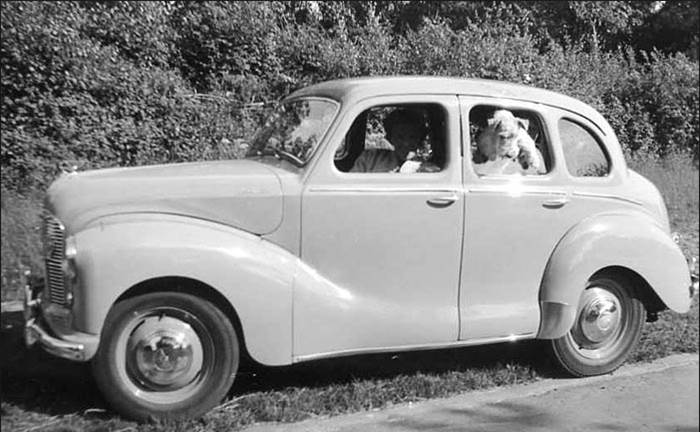 A car to the baby boomer generation represented so much freedom, and we loved our cars, it was an extension of who we were!

We couldn’t afford to buy really ‘cool’ cars, sports cars or powerful V8s (although some kids soon had twin-carbies and the like). We were happy to settle for an FX or FJ Holden, Ford Consul, a Zephyr or Prefect, an old Vauxhaul or Vanguard, or whatever our parents drove (usually dad) and had in the garage for us to borrow.

Experts say that a car now is less important to today’s teenagers due to the explosion of social media. Car ownership just may not be as socially important as it used to be.

“What we used to do in cars, young people are now doing online,” said one analyst at a recent oil conference. 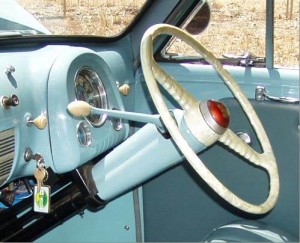 Remember when we had a ‘column stick shift’?

The ability to meet and interact with people on the Internet is largely replacing the need to hop in a car and cruise down the main street.

Couple that with more recent restrictions on driving — later ages for licenses, limits on how many people can be in the car, restrictions on mobile phone use — and the Internet may be surpassing the car in the category that gave cars so much appeal: freedom.

“When I got into a vehicle, it represented me going to meet my friends,” said Craig Giffi, car practice leader at the consultancy Deloitte. “For them, it cuts them off from their friends.”

This is particularly true for the youngest, most digitally-connected members of Generation Y. Forty-six percent of 18-24 year-olds would choose Internet access over owning a car, according to a recent Deloitte study.

It’s a trend the car companies are noticing as well. “With this generation, what owning a car means is completely different from previous generations,” said Annalisa Bluhm, a spokeswoman for General Motors. “It was a rite of passage. Now the right of passage is a mobile phone.”

With the Baby Boomers, Bluhm said three-quarters had obtained early life’s five big rites of passage by the time they were 30 — buying a car, leaving school and getting a job, getting married, buying a house and having kids. Now less than 40% of the under-30 crowd has all these things.

“They have a number of things that validate them,” Bluhm said. “The car is no longer their first purchase, they’re more likely to prefer a computer.”

What memories do you have of your first car?

The ‘South’ – Gone but not Forgotten
School Savings for that Rainy Day.

9 Responses to Your First Car, a Rite of Passage