Do you recall the huge two-storey indoor amusement park that occupied the top levels of the REMM Myer Centre in Rundle Mall?

Dazzleland was a theme park, developed as part of the original centre itself, built between 1988 and 1991 at a cost of $1 billion. It was sold some years later for just $140 million. Many say it was the main contributing factor to the eventual collapse of the State Bank of South Australia. 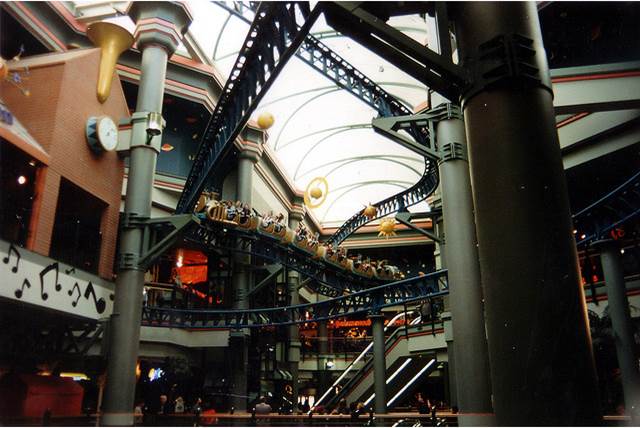 Photo courtesy of Mary MacTavish on Flickr and from the book Adelaide Remember When”. Dazzleland’s signature attraction was Jazz Junction

Dazzleland’s signature attraction was Jazz Junction, a figure 8 roller coaster ride, with its track running overhead along the fifth level of the multi storey building. Some of the other attractions included a carousel, dodgem cars a big Lego Expo, giant playground, musical fountain, and a train.

The idea behind an amusement park in a shopping complex was not new to Adelaide. For many years Cox Foys (also in Rundle Street), had successfully operated a rooftop funfair for children and adults alike. Dazzleland took the concept to new heights though with Jazz Junction and the other modern amusement offerings.

Piekarski Ryan, commenting on a recent post on the ARW FB page felt that there were a lot of things working against Dazzeland right from the beginning, including the State Bank collapse and public liability costs; ”It was a very good concept though and should have been retained as Adelaide now has nothing exciting to do. Myer should have bought back Dazzeland as part of its 20th anniversary, as the market is now wide open for this type of entertainment”.

He concluded his remarks; “the other reason it closed down was that it did not fit in with the shopping culture, it was felt by the Centre management that it was too noisy in the atrium and they thought it drove people away.” 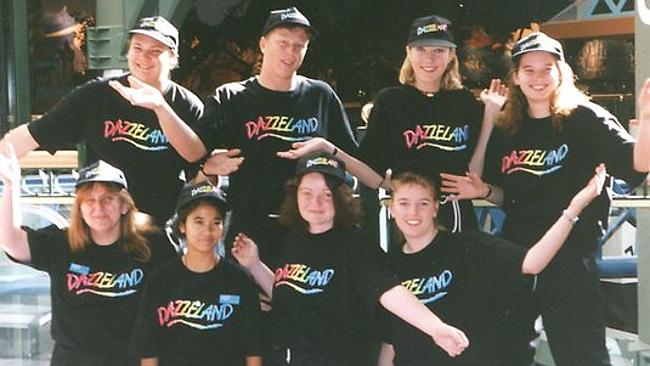 For whatever reason and despite being extremely popular with both children, teenagers and adults, Dazzleland was closed in 1998. The top floors of the centre have remained vacant despite several attempts to re-lease the area to various retail businesses.

Jess Bonsell  remembers Dazzleland as a child;  “I was aged between 2 and 9 when it was open. I recall a huge kids ‘playground/playpen’ area I went to once. I also remember the rollercoaster but never had the opportunity to go on it. My sister did with a friend, however, she was actually a little bit too short for it, but they let her on anyway!  I remember feeling very jealous at the time.”

Kathy Daking recalled it as “one of the scariest rides I ever went on. Sad it didn’t do well because I think it would be great to take my kids to now”! And Kirsty Lee has great memories of travelling from the Riverland; “I think mum loved that she could leave us up there while she shopped. I wonder how many other shopping centres there have been with amusement parks in them?

What are your own memories of Dazzleland?

Adelaide’s Other Car, The Lightburn Zeta.
From the Radiogram to the Walkman.

4 Responses to What a Fabulous Adelaide Memory is Dazzeland!