Adelaide Radio in the Late 50s and Early 60s

The era of the radio dee jay emerged in the late 1950s. Television had just arrived in Adelaide and radio, which had been the dominant entertainment medium, suddenly found itself without its core audience. Until then, the staple diet of the wireless had been drama, light entertainment, news and sport. Suddenly, with the arrival of TV, that audience was no longer available and radio had to re-invent itself just to survive. 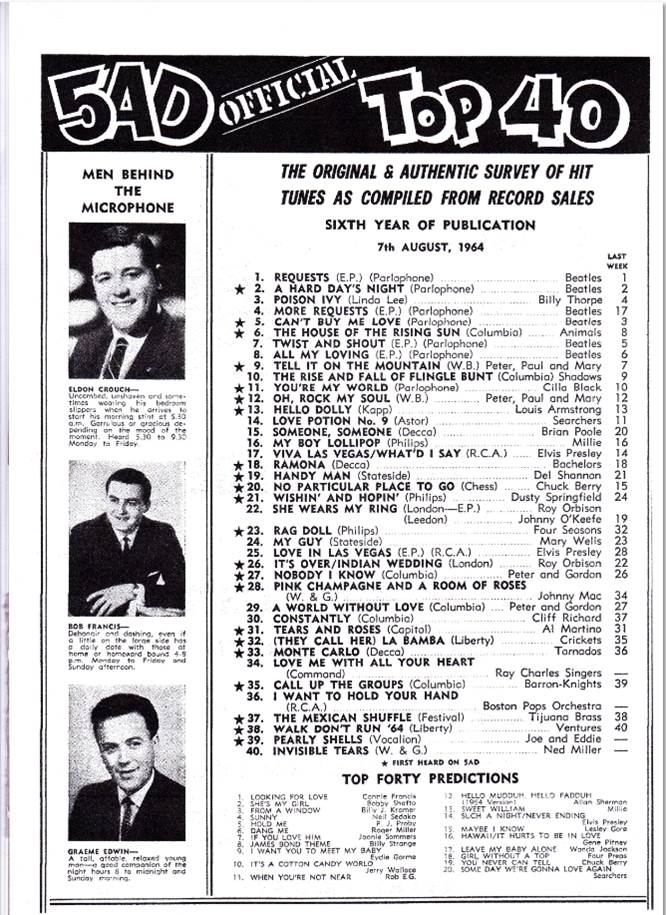 Those were the pioneering days of a new breed of radio announcer called DJs or disc jockeys. As the three commercial radio stations in Adelaide, 5AD, 5KA and 5DN turned to ‘pop’ music for survival, names like Alec Macaskill, Paul Linkson and Bill Long emerged as the new personalities. By the early 1960s it was the DJs who were the stars and the main point of difference between the old ‘wireless’ and radio of the post TV era.

The combination of top forty music and the DJ style of presentation was perfect for the time. Although the new medium of TV was exciting for the overall audience, initially it had very little to offer teenagers of the day. Radio was more in step with the new music of rock’n’roll and when the Beatles arrived on the scene in the early 60s, it was the radio that brought their music to the audience.

It’s hard to imagine in this day and age of the music download but generally speaking in the late 50s and early 60s, people did not have access to a large selection of music. The idea of hearing a song or an artist and immediately being able to purchase it was unimaginable back then. Only radio stations and their DJs were in a position to acquire large quantities of recorded music. 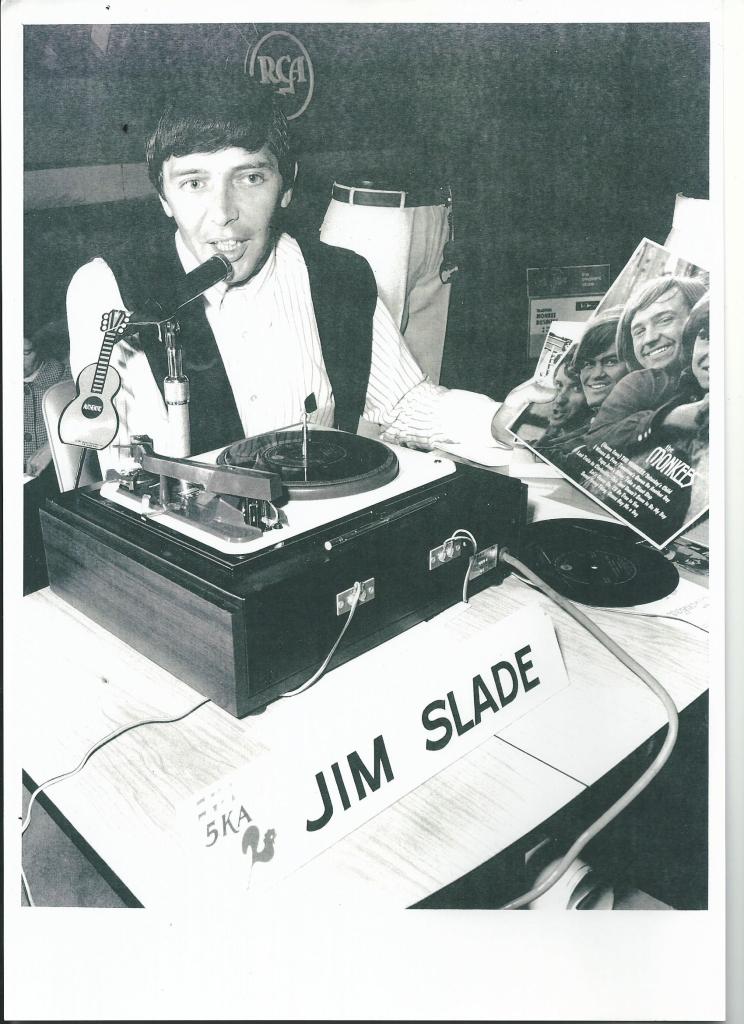 Source the Jim Slade Collection. Jim Slade who first gained popularity on 5DN before switching to 5KA in the mid 60s

On 5KA you could hear the latest ‘Fabulous 50’ songs every afternoon with “big C, little h-a-s”, Chas Lumsden, who had surfaced as that station’s most popular DJ. In King William Street it was “the big guy, ten floors high”, Big Bob Francis on the tenth floor of the Advertiser building at 5AD who commanded the ratings, while in North Adelaide, Jim Slade was playing hits from the ‘Big 60’ and presenting such programmes as ‘Hits and Misses’ and The Beatles Show.

In those early years, Top 40 shows certainly did not dominate the radio. There was still a lot of sport (including racing), radio serials continued well into the 60s, there were women’s sessions with the likes of Roberta Russell and her budgie, chat programmes like ‘Mel and the Girls’ with Mel Cameron and other music programmes such as Barry Hall’s “Choose Your Own” which didn’t feature pop music.

Gradually though the popularity of Top 40 music and the DJ style of presentation began to dominate the airwaves. New names like Stuart Jay, Ian ‘Loco’ Sells, Barry Ion, John Vincent and Neil Humphrys emerged and became the leading music dee jays of the Adelaide radio scene in the 1960s.

7 Responses to Stacks of Wax and Platter Chatter