Recently on Adelaide Remember When Facebook website, famous Adelaide singer and songwriter Beeb Birtles (Zoot and LRB) posted a photo and shared some of his early memories of time spent with his high school friend and fellow band member of Zoot, John D’arcy at the Glenelg Migrant Hostel.

Thousands of newly arrived migrants passed through these migrant hostels, situated around Adelaide from the late 1940s to the 1980s, including such well-known figures as former Prime Minister Julia Gillard, Lt Governor Hieu Van Le, LRB’s Glen Shorrock and rock singer Jimmy Barnes, to mention but a few. 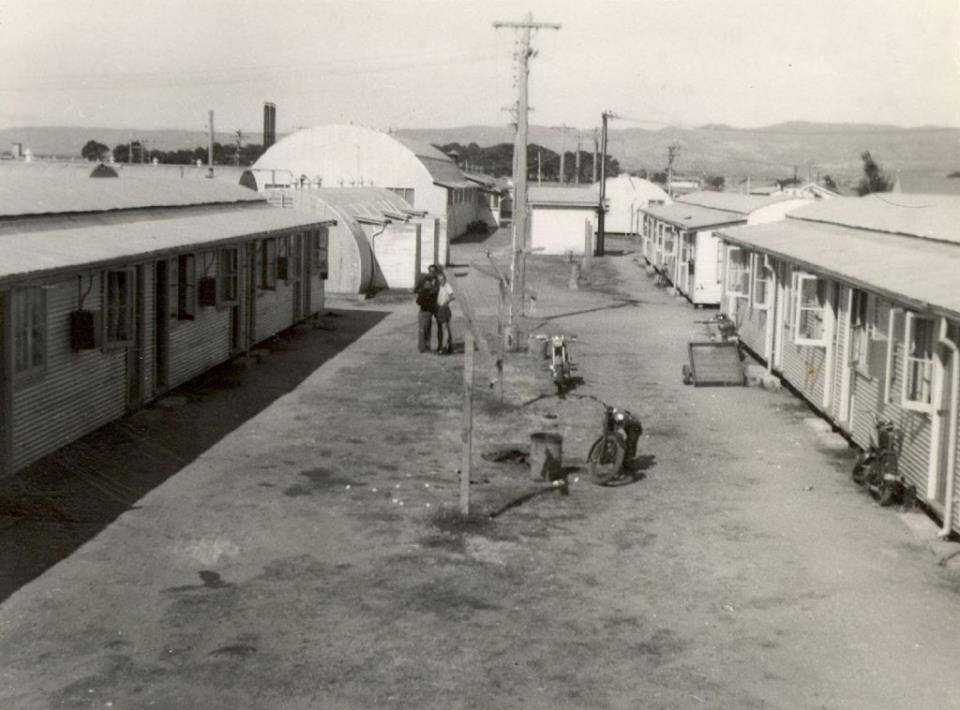 In South Australia there were migrant hostels at Elder Park, Gawler, Gepps Cross, Glenelg, Hendon, Mallala, Pennington/Finsbury, Rosewater, Salisbury, Semaphore, Smithfield, Woodside and Woodville. The hostels were temporary homes for a wide range of people, some escaping from a war devastated Europe, refugees and right through to “Ten Pound Poms”, all looking for a new beginning in Australia.

Some of the comments from those who viewed Beeb’s post and photographs showed that life was not always easy in the hostels. Many consisted of clusters of World War 2 Nissen Huts or vacant government buildings, once used for other purposes (e.g. former army barracks and ‘Cheer Up’ entertainment huts from the World Wars). Sometimes the hostels were located in cheaper industrial suburbs or on the very outskirts of the city and the Federal Government considered that it was not bound by State health inspection and pricing regulations. Living conditions were basic with no heating or cooling and at times caused a great deal of dissatisfaction.

She wrote about the vivid memories of her time there. “My younger sister and I walked to Our Lady of Fatima School and our lunches were made in the canteen and carried in a brown paper bag. Our English was minimal then and I remember ordering a “honey” sandwich thinking I had ordered meat. Got a big surprise at lunch time and I guess the lady in the canteen must have thought the order was strange too”.

She also remembered her father taking photos to send back to the family in Spain, “I remember there was an empty fountain with a kangaroo in the middle which we girls climbed on to be photographed, just to confirm that we were indeed in Australia! Great memories!” 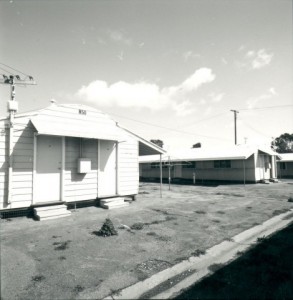 Photo from the Migration Museum SA. Pennington Hostel at Finsbury

Others did not have such pleasant memories though, as one poster recalled; “Pennington Migrant Hostel (Finsbury) 1964, ‘Come to Finsbury, come to Finsbury it’s a place of misery. There is a sign that bids you welcome, so welcome unto thee. Don’t believe it, don’t believe it it’s a pack of dirty lies, there’s cockroaches in the bathrooms and the rooms are full of flies’ That little ditty was commonly sung”. He concluded “However, I am sincerely grateful for the opportunities I found in Australia and to the wonderful people I know as my wonderful fellow Australians. There is no better country!”

51 Responses to Remember the Migrant Hostels of Adelaide?