By Bob Byrne on October 28, 2014 in Childhood Memories

A distinct childhood memory of many trips to and from Adelaide was a cactus garden we would pass along Port Wakefield Road.

It’s strange, the things that stick in your memory, but the sight of all the cacti on the side of the road, was an indication that we were near the end of a long trip, and at night, the glow of the Adelaide lights were soon visible in the distance. 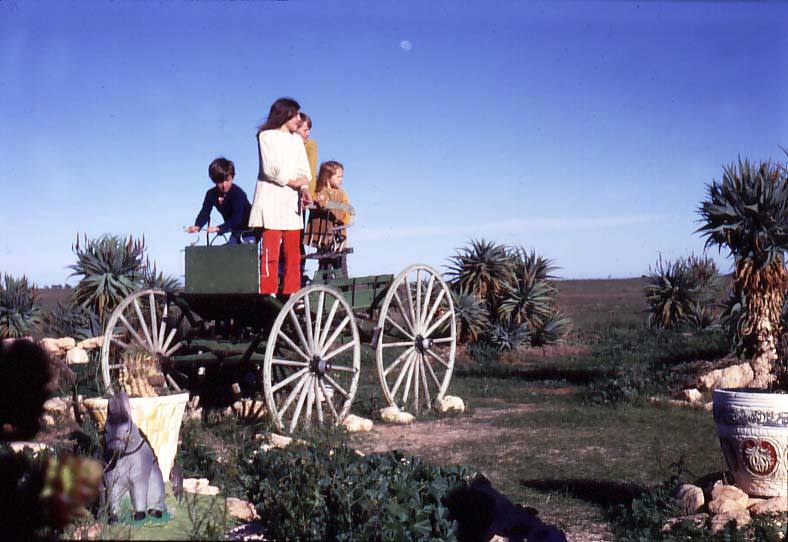 Photo courtesy Diana Field. You knew you were getting close to Adelaide when you passed the Arizona Cactus Ranch on Port Wakefield Road.

I don’t ever recall stopping at the garden (although many people did), and I never knew very much about its history until I recently came upon a reader’s letter to the Advertiser (year unknown). The letter was written by ‘PB’ of Bolivar; “I would like to know about the Arizona Cactus-Ranch Garden. I am new to this area, and a few weeks ago, driving north-bound on the Port Wakefield Road, we came across this lovely garden. It is beautifully laid out with hundreds of cactus and succulents, amid old pottery and many statues.”

The Advertiser replied; “The garden was started by Mr Joe Lowey in 1952 as a hobby. Mr Lowey who died recently had always wanted to be a landscaper and built up the garden entirely by himself after he had worked on a farm at Windsor. He first thought of the idea of a cactus garden in America, where he lived for some years. As Mr Lowey left no will, the garden is now in the hands of the State Government’s trustees.”

Further investigation of the garden led me to the “Now and Then {Mallala}” website that told more of the story. “Mr Joe Lowey came to Windsor with his parents and brother in 1929. He purchased section 492 Hundred of Dublin in 1935. Joe Lowey constructed the garden and rockery on his section in 1951 on the property abutting Highway One about 5 kilometres north of Windsor. The stone for the rockery was collected from the ruins of the Hollams cottage on Secomb Road near Windsor and other items collected from around the district were incorporated in the displays.

The rockery covered about 3 acres of land and Mr Lowey had 50 to 60 varieties of Cacti – all watered only by natural rainfall. The rockery was visited by people from all around the world and the visitor’s book confirms this to be correct. 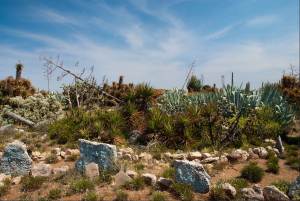 Photo from Eugene Blackman on Flickr. A photo of the cactus garden today. Since its closure it has fallen into disrepair

In November 1978 the Cactus garden appeared on the television show “Ask the Leyland Brothers”.

Mr Joe Lowey died and the property was eventually sold. Following the church service to commemorate the centenary of the Windsor Institute on Sunday 12th August 1984, a plaque on the site of the Cactus Garden was dedicated by Rev. Kelvin Benn in memory of Mr Joe Lowey.”

I’m not sure of the exact year that the Port Wakefield Road became a dual carriageway, but at that time, it was moved away from the cactus garden. The new owners were unable to continue operating the property as a tourist attraction and the Windsor Cactus Garden was eventually closed to the public.

It has since fallen into a state of disrepair.

Off to the Local Deli for a Milkshake.
More Memories of Deliveries by Horse and Cart.